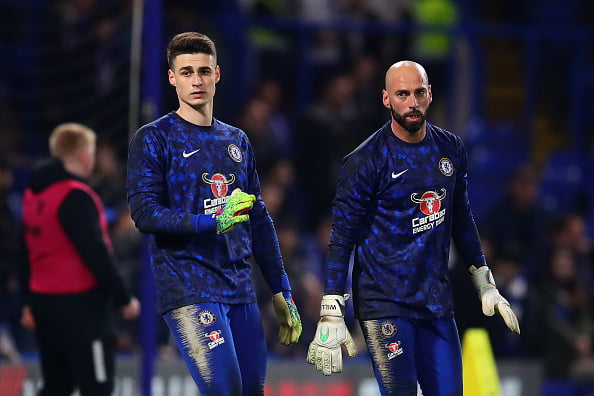 Chelsea manager, Maurizio Sarri, has insisted that embattled goalkeeper Kepa Arrizabalaga remains his number one choice between the post.

This is coming after dropping the Spaniard for Chelsea’s 2-0 victory over Tottenham on Wednesday.

The Italian selected Willy Caballero for the clash after Kepa refused to be substituted in the closing stages of their Carabao Cup final lost to Manchester City.

Asked whether Kepa was still his number one, the Sarri told a news conference: “Of course.

“I think it was the right decision [to drop him]. Kepa made a big mistake. He paid [a fine] with the club and then he paid [with his position] with the team.

“Now I think we have to stop. Kepa will be from tomorrow with us.

“I don’t know in the next match if he will be on the pitch or not. But in the next one or two, of course.

“We cannot kill him. When you are young you can make mistakes.

“[But] you need to understand very well after every mistake. For me, the question is closed.”