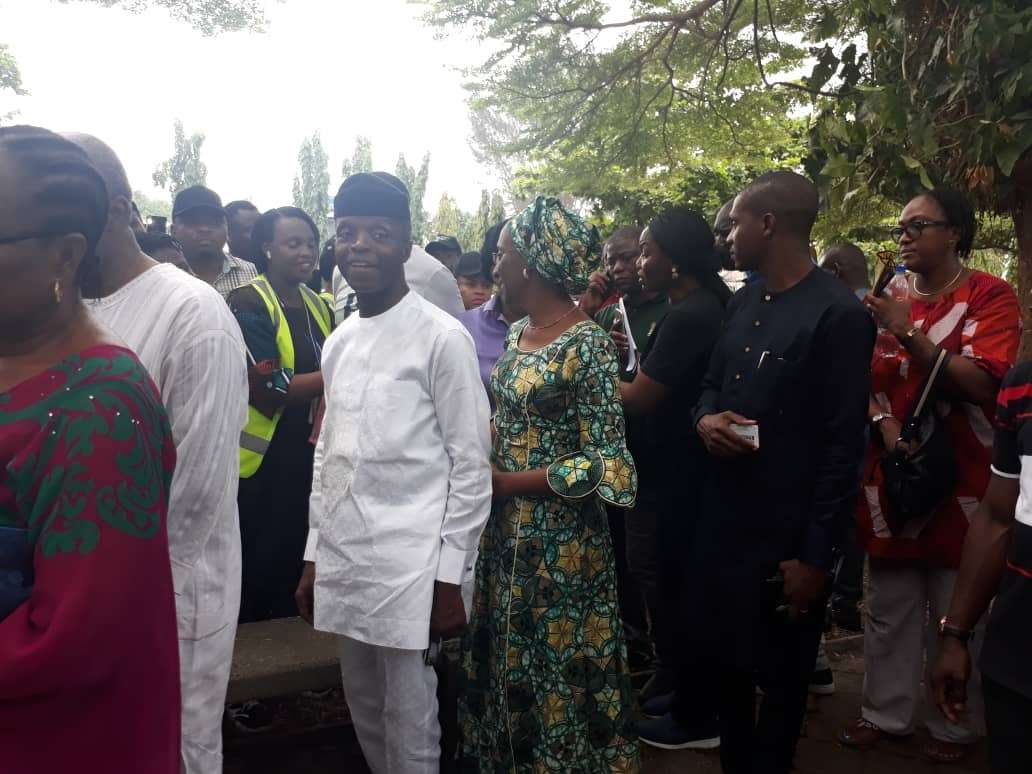 Prof Yemi Osinbajo, Vice President of the federal republic of Nigeria has cast his ballot in the on-going presidential and National Assembly elections in the country.

He was at the polling unit alongside his wife, Dolapo Osinbajo.

This online platform reports that the nation’s number two citizen and his wife cast their votes at the Code 33, Unit 2, Victoria Garden City (VGC), Lagos state.

When asked about the delay in the process at the unit, Osinbajo said, “I am not familiar with the process so I won’t comment on that.

“I voted and the process has been peaceful.”