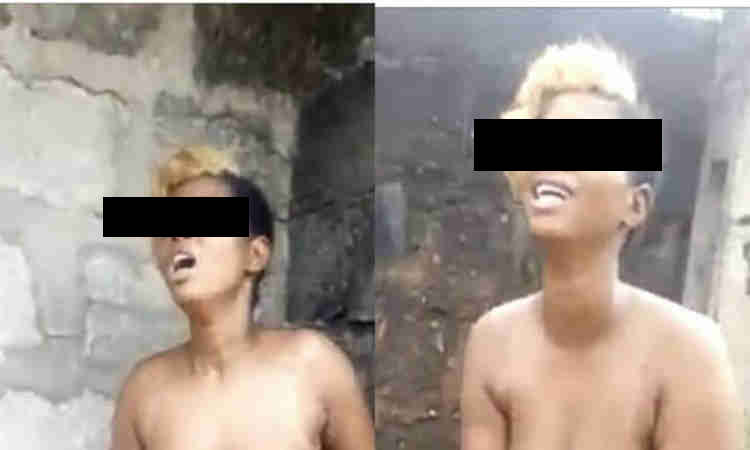 The Edo State Police Command have paraded six men arrested for stripping a lady naked and inserting pepper into her private part in Benin City, over an alleged missing phone.

The six male suspects arrested are Otoghile Joel (owner of the phone alleged to have been stolen by the young woman); Lucky Igbinovia, in whose house she was tortured; Edobor Osemwengie (Manager of Lafun Hotel); Kingsley Iyamu; Gregg Eweka and Friday Omorogbe.

The police have also established contact with the 24-year-old victim, Ada Friday, to monitor her health status and recovery rate.

Naija News had reported that the victim was completely stripped naked by her accusers following the allegation.

The men also filmed and shared video of the brutal torture.

According to reports, the lady had lodged in a hotel with a man who later claimed his phone went missing after their romp.

The man then dragged the accused to a native doctor around Ugbiyokho area of Ekehuan Road, Benin, where she was summarily declared guilty by a notorious “oracle.”

Her denial of the allegation prompted the native doctor and his apprentices to subject her to jungle justice by stripping her naked and inserting fresh pepper into her vagina.

In the meantime, the state police have launched a manhunt for the doctor and his apprentice.