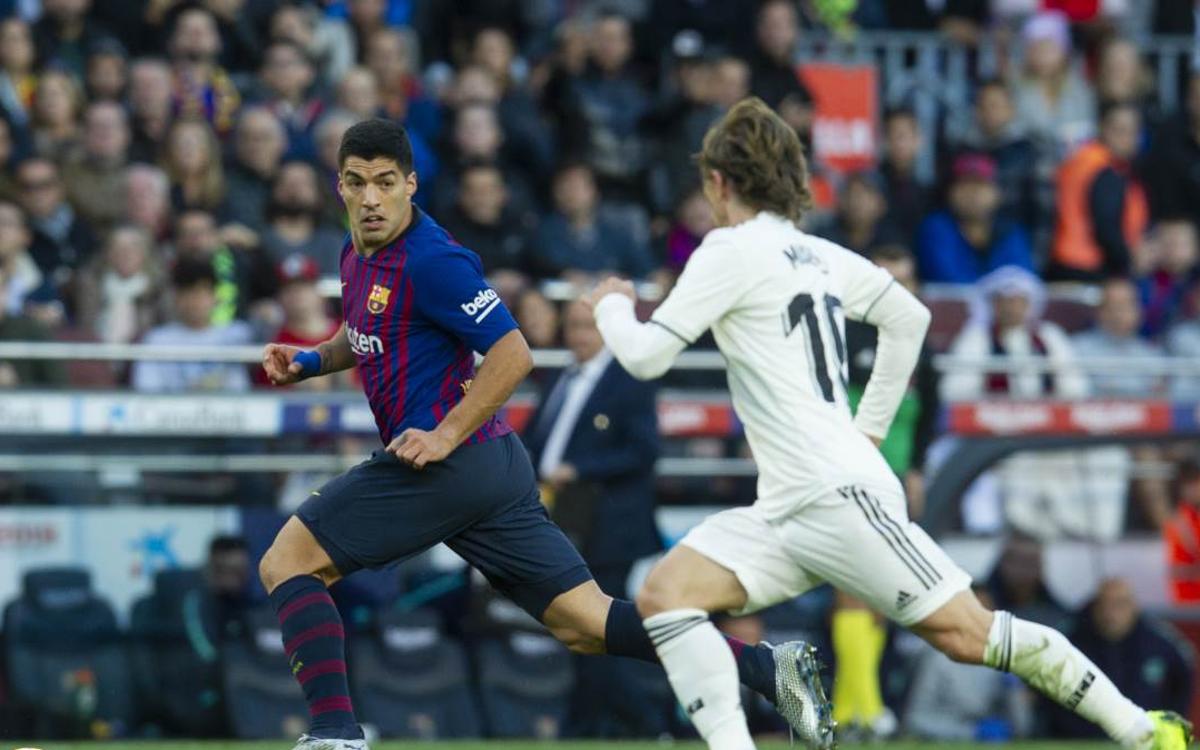 Spanish champions Barcelona and Real Madrid played out a 1-1 draw in the first leg of their Copa del Rey semi-final at Camp Nou on Wednesday.

Malcom’s second-half goal canceled out a sixth-minute opener from Lucas Vazquez and ensured there will be plenty to play for in the return fixture on February 27 at the Santiago Bernabeu.

Real Madrid dominated the first half and went ahead early through Lucas Vázquez, who flicked the ball beyond Marc-Andre ter Stegen from Karim Benzema’s drilled cross.

Luis Suarez saw a shot well saved by Navas after good work from Malcom, but frustrations began to build for the home side in their struggle to create clear-cut openings.

Barca leveled 12 minutes after the break when Suarez’s effort from a narrow angle hit the post and ended up with Malcom, who squeezed his effort in while Navas was absent having chased down the initial ball – Ramos did himself no favours, meanwhile, outstretching his arms to signal the effort was going wide.

Messi‘s introduction initially gave the hosts a lift, but while no chances fell his way, he was able to play in Carlos Alena, but he failed to test Navas.