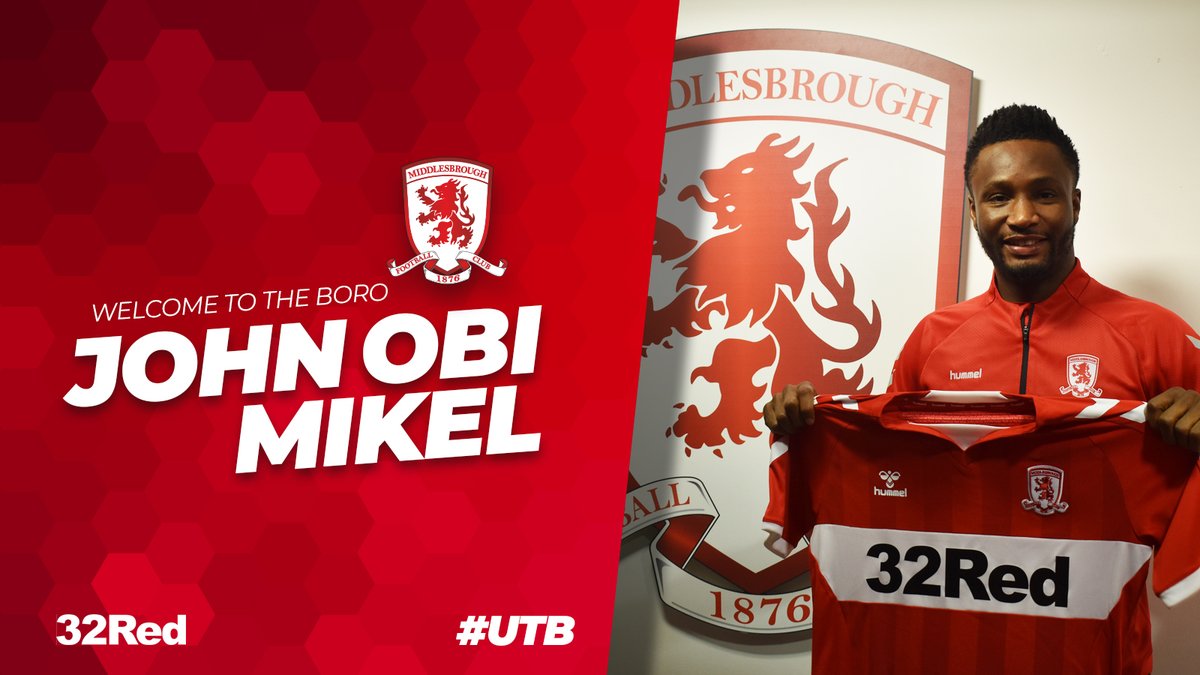 Naija News learnt that the club, on their official website on Thursday, announced that Mikel has joined them on a short-term deal.

Mikel rose to prominence during an 11-year stint with Chelsea, making nearly 400 appearances for the Blues and winning a host of honours including two Premier League titles and the Champions League.

Reports had linked Mikel with a host of European clubs including AS Roma and Wolfsburg as well as sides in the English top flight and the Championship, but the midfielder has opted to join the Teessiders who are hoping for promotion back to the Premier League.

Club boss, Tony Pulis was delighted to complete the signing of Mikel and he said: “I’m pleased to get him in. He is a man with a lot of experience and quality.”

“He has a winning mentality and he wants to be here be a part of what we are looking to achieve.”

Meanwhile, in another development, the Super Eagles Coach, Gernot Rohr, says that the status quo still remained in the national team over the captainship, adding that Mikel Obi still leads the team until he makes a formal request that he wants to leave.

The Franco-German tactician made the comment on the sidelines of the Nigeria Professional Football League (NPFL) Match Day 4 between MFM FC and Rangers International FC of Enugu.

“We are very happy with the news about Mikel joining Middlesborough because it has been a long time he played last for the team, but he is a player who really wants to play for the team.

“He wishes to return to Europe to be with his family and find a good club which he has done. Right now, he needs more time to be back in the team because we have yet to see him after the World Cup.

“We want him to come back to the national team like other players. If he is playing well with his new team, he stands a chance of coming back to us, but he has not told me he will quit the team.

“He remains the captain of the team till he says otherwise, we will be happy to have him back for his experience,”