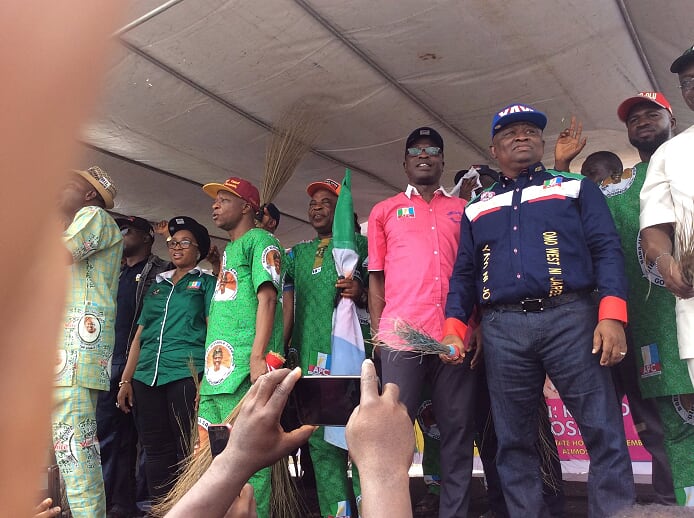 The Senator representaing Lagos West And Chairman of Senate Committee on Local Content Senator Solomon Adeola has promised APC a total votes of not less that 500000 from Alimosho Local Government in all elections as the party held the first in its series of rally for the elections.

Addressing party faithfuls and constituents at Pako Field in Alimosho, the Senator said the LGA has been consistently under the progressives since 1999 with its huge population delivering huge votes for the progressives in all previous elections stressing that the target this time around is to hit the half a million mark for the LGS with the largest federal constituency in Nigeria in terms of population that is larger than that of some states.

"We are resolute at this time to break records with our votes. Alimosho has always been on the front burners of development that is being delivered by successive government. In the last three and half years APC government has delivered many infrastructure projects like roads, bridges, hospitals among others in the LGA and with empowerment programmes of all legislators the LGAs is on lockdown for APC and all its candidates" the senator contesting for re- election stated. 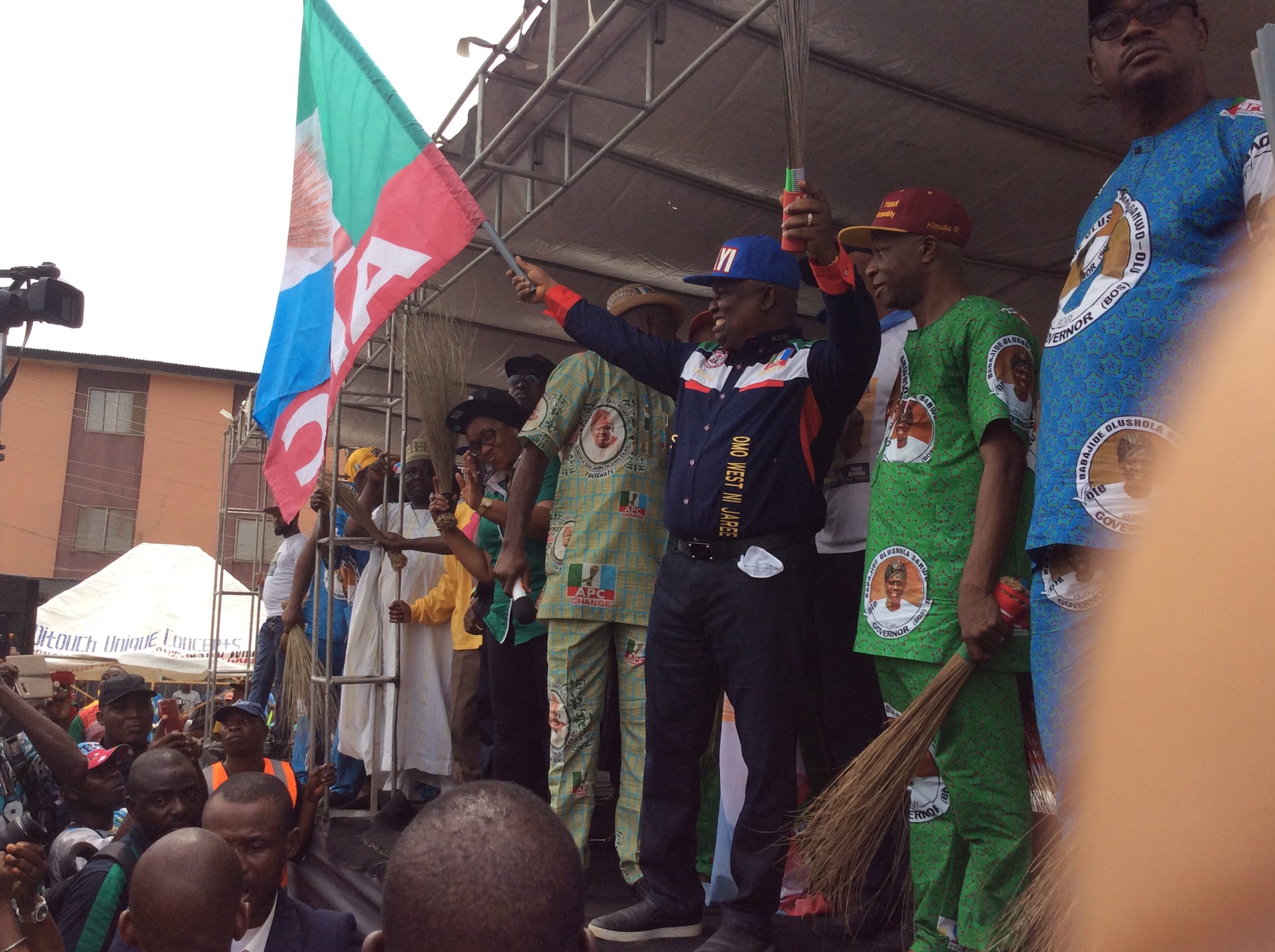 Senator Adeola restated his view that there is no comparison between what APC government at the Federal level achieved with limited resources in three and half years with the ruinous 16 years of the PDP stressing that the challenges the nation is facing at this point are effects of clearing the rubbles that misgovenance of the past left for the nation.

"The APC government of President Mohammed Buhari should be commended for firmly taking the nation out of "Egypt of PDP era" with its infrastructure development, improvement in power supply and a sustained fight to ensure security and anti corruption. Having left a rotten past I urged all voters to vote for the party that took the nation away from the odious track of unbridled looting and misgovenace" he stated.

Addressing the crowd while presenting flags to the candidates that included the Senator, Hon Femi Adebajo, Representing Alimosho Federal Constituency, Hon. Kehinde Joseph, contesting for Alimosho State Constituency 2 And Hon Yusuf Bisi Ayinla, recontesting for Alimosho Constituency 1, Alhaji Abdullahi Enilolobo, the APC state organising secretary, said the APC administration has done well to deserve the votes of any patriotic and discerning Nigerian stressing that the most recent indication of that is that the Yuletide was not spent at petrol filling station as was our experience in the past.

He said the administration has improved power supply from the less than 4000 megawatts it met to over 7000 megawatts adding that critical infrastructure like major roads and rails are coming on stream to alleviate the suffering of Nigerians and spur economic development.