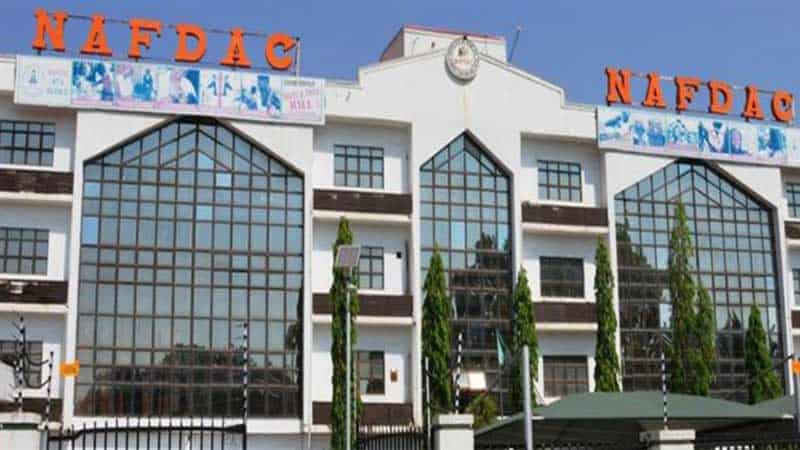 The National Agency for Food Drugs Administration and Control (NAFDAC) says it has impounded a truckload of banned drugs in Lagos.

Naija News understands that Prof. Moji Adeyeye, the Director General of NAFDAC, who revealed  the details of the the confiscated goods  said that  officials of the agency intercepted the articulated truck carrying a 40 ft. container containing large quantity of suspected fake and adulterated medicines.

It will be recalled that Naija News four days ago reported a similar case where the same agency (NAFDAC) seized not less than N60 Million worth of fake drugs in lagos state, with the DG warning against such illicit practice in the country

The NAFDAC DG added that, one Mr Luke Mba, who accompanied the trailer and claimed to be the importer, was arrested along with the driver.

“Initial investigation suggests that the unregistered products were manufactured or imported from India into Nigeria through the Seme land border and allegedly heading for Onitsha, Anambra.

“The Agency has resolved to prosecute the suspect in this matter when the police hand him over to us.

“It is worthy of note that the Federal Government announced a ban on the production and import of cough syrup containing codeine after investigation into its addiction epidemic,” Adeyeye said.

She said that the Agency was tipped off by a concerned citizen that a truck conveying a 40ft container was transporting assorted suspected pharmaceutical products to an unknown destination.

” Operatives of Investigation and Enforcement Directorate of NAFDAC on Wednesday, mounted a six hour surveillance and intercepted the said trailer at Oshodi en route Mushin.

“Operatives of the Nigeria Customs Service and Nigeria Police Force came on the scene to lend a helping hand, the trailer was eventually moved to the Area D Police Command, Mushin,” she said.

She appealed to the public to report any incidence of counterfeiting and adulteration of foods, drugs, cosmetics, medical devices, chemical and packaged water to NAFDAC for prompt regulatory and legal action.

The NAFDAC DG urged all Nigerians to continue supporting the agency in its quest to rid the society of substandard and fake drugs and food.