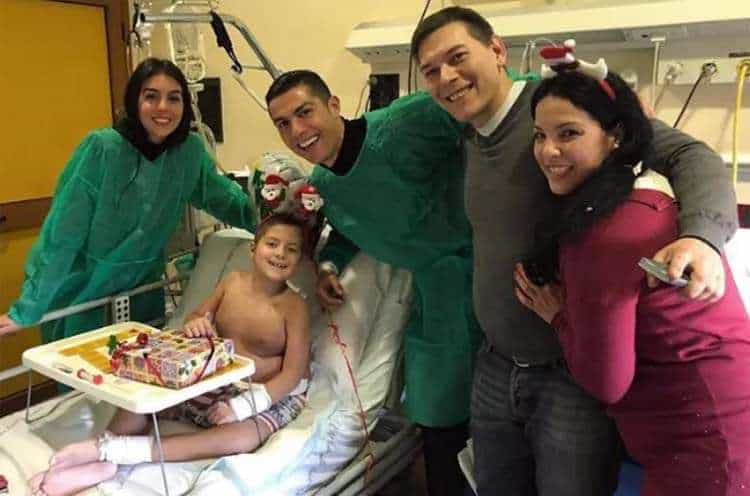 Portuguese striker Cristiano Ronaldo surprised people who were in a children’s hospital on Christmas Eve. On Monday, the star of Juventus made a visit to a clinic in Turin with the purpose of transmitting good feelings to those who were in the place.

Accompanied by his girlfriend, the Spanish model Georgina Rodriguez, the five times voted best athlete in the world went to the hospital Regina Margherita on a surprise visit, where he posed for photos with patients and employees and delivered gifts, moving the day of boarding school.
us
Hours later, already in the Italian night, Ronaldo and Georgina spent Christmas as a family. The 33-year-old played with his four children: Alana Martina, Eva Maria, Cristiano Ronaldo Junior and Mateo.

The Christmas celebration of Portuguese, however, will be shorter than in recent years. Coming from Real Madrid to Juventus this season, the striker will enter the field on Wednesday, when the Italian Championship has a full round – as it happens for the second time in the country after the debut in 2017, and which came to be criticized for several players throughout the year.

Cristiano Ronaldo had not played matches between Christmas and New Year since playing for Manchester United between 2003 and 2008 – he was hired by the merengue team the following year, and Spanish football paralyzed his activities during the holiday season, contrary to the English and Italian Championships.