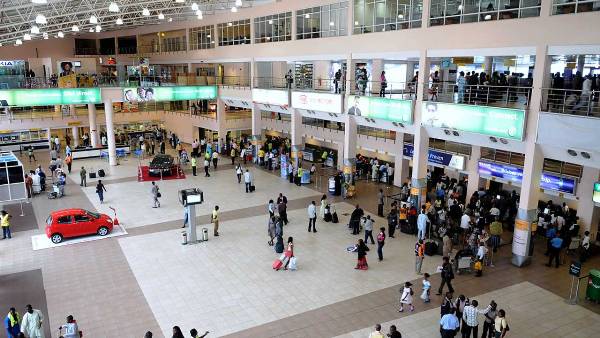 The Comptroller of the Nigeria Immigration Service (NIS), Murtala Muhammed International Airport (MMIA) Command, Mr. Dikko Yashe, says the ease-of-doing-business policy of the Federal Government has facilitated movement into the country by foreigners.

The influx into the country, he noted, was made possible by the visa-on-arrival programme which is a component of the ease of doing business policy.

Yashe disclosed this at the weekend in Lagos during a ceremony organised for retirees and presentation of awards of excellence for deserving officers of the command.

He, however, pointed out that some of the travellers would enter the country without securing the approval of the Comptroller-General of Immigration for their visa applications as required by law.

He said in the past 10 months, no fewer than 278 foreigners had been sent back from Lagos Airport for lack of entry visas into the country.

Naija News recalls that as at last week, the Nigerian immigration Service said it has recovered no fewer than 700 voter cards from foreigners living in the country.

He emphasized that the airport command had keyed into the policy of Mr. Mohammed Babandede, the Comptroller General of NIS by reducing the contacts of its officers with travellers.

He said on the average, the command issues 150 visas on arrival to travellers weekly, stressing that most of the travellers prefer the new policy.

“I know that visa-on-arrival policy has tremendously increased travellers through the Lagos Airport Command. On the average, we issue about 150 visas on arrival or more, it depends on the influx of passengers.

“We observe that most of our passengers prefer to get their visas on arrival, but the challenge we have is that some of the passengers don’t wait for approval from the CG. That is why we keep on returning people.

“I have returned over 278 people without visas in the past 10 months.”

On retirees, he said that 13 officers of different cadres retired from the command in recent time, while other seven officers were recognised for discharging their duties professionally.