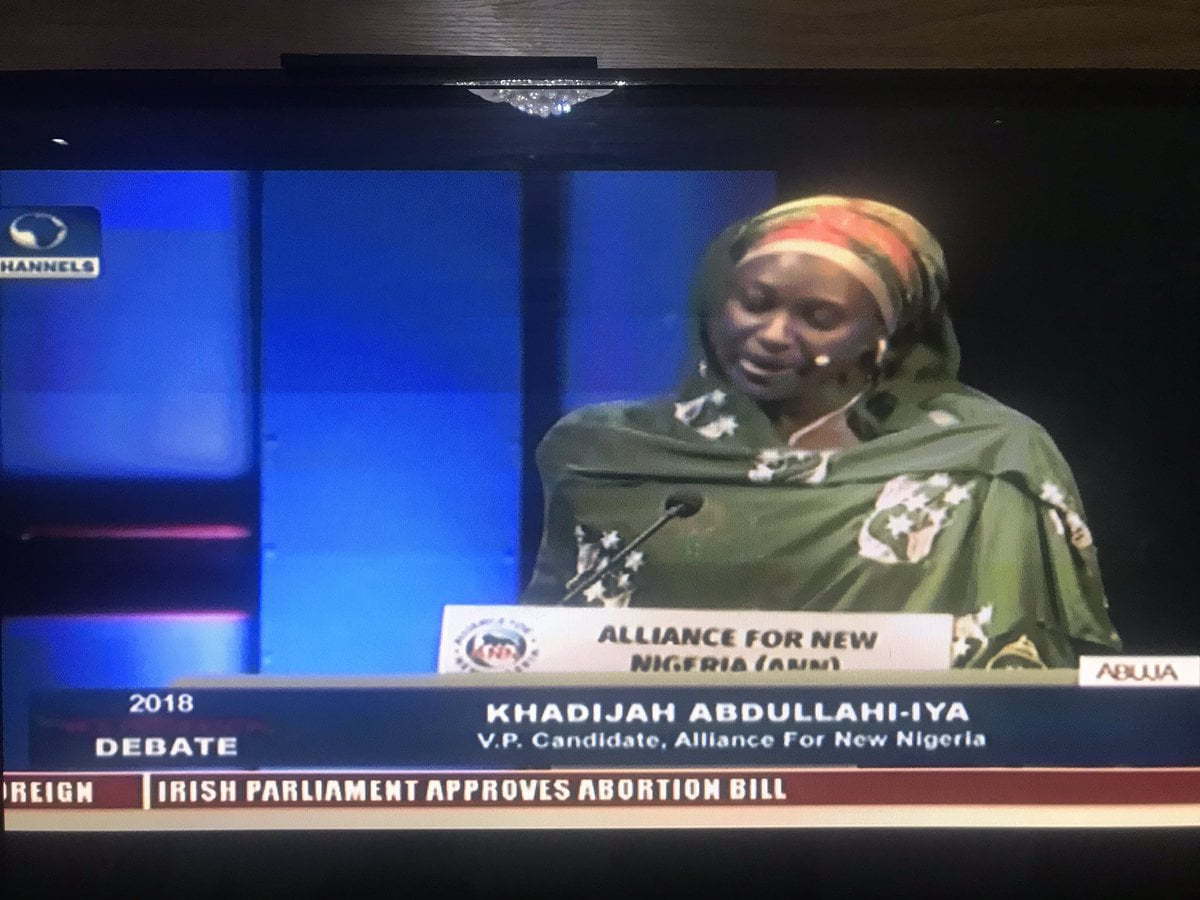 The Vice Presidential candidate of the Alliance For New Nigeria (ANN), Khadijah Abdullahi-Iya has said that the operations of oil subsidy in Nigeria, is laden with corruption.

On Subsidy: Peter Obi castigated the current FG on subsidy but failed to answer the main question… "What is your Solution"…. Simple question… #VPDebate #2019Debate

According to Khadijah, “Subsidy in Nigeria is fraught with corruption and if transparency is being applied to the excess money being gotten from the balance of the subsidy, it is going to tackle a lot of problems that have fraught the nation”.

Addressing the question on subsidy at the NEDG/BON Vice-Presidential debate on Friday, Khadijah said that the ANN is big on attacking the institutions to ensure that there is enough transparency and technological interventions are brought to ensure that every kind of corruption is tackled.

“What we want to do is to diversify the economy and stop the dependence on oil products, with that we will have little or no problems with subsidy”.

Speaking on the major plans the ANN has for Nigeria if elected in 2019, Khadijah said will look into using the excess to restructure infrastructure.

She said the excesses will be allocated to “restructuring various sectors like education, health and the complete overall of the public system.”

Speaking about the role she will play if ANN wins the 2019 presidential election, Khadijah said: “Being a nation builder comes from the heart, thus, having to take the position of the vice president is not one that will be taken for granted.

Y'all blocked ojota last time they wanted to remove subsidy. And Buhari said that there's nothing like subsidy and we are now buying fuel at 80% increase at the pump pic.twitter.com/PnUMBnP3wO

She added that as the ANN vice president, she will ensure that every policy taken by the party is implemented effectively. Regarding the economic direction for the ANN, Khadijah said the party longs to ensure that Nigeria operates no more as a mono-economy.