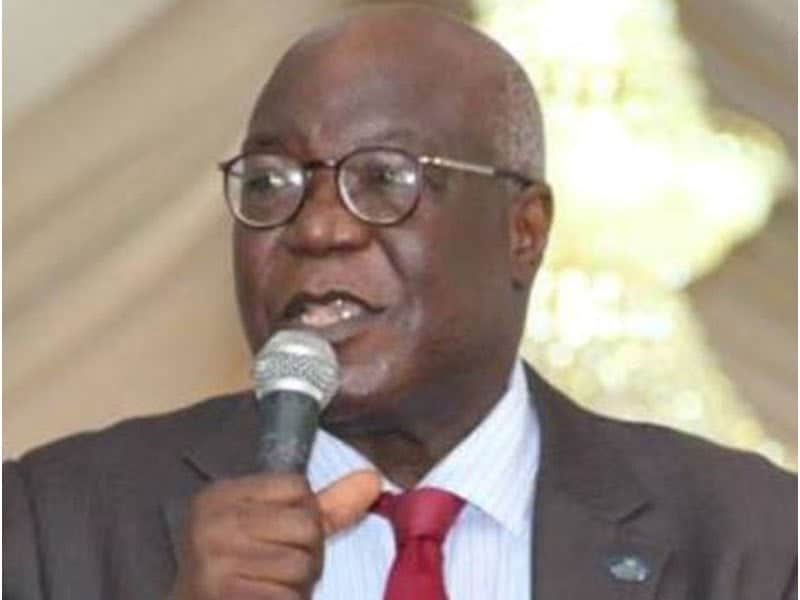 Ibidapo-Obe made this known in his address at the 10th Convocation of the faith-based Crawford University, Igbesa, Ogun State.

The former Vice-Chancellor of the University of Lagos, admonished policy makers to look into ways the government can encourage private university to bring the best out of their students.

The professor, further suggested that the government establish an Educational Bank that will afford private and public educational institution to take loan an a single digit interest rate.

“The advent of private universities in our nation some 20 years ago opens to us great possibility of providing greater and even more qualitative access to higher education.

“With the recent, very encouraging development from these new entrants, we can see that we are entering into a new era of quite exciting competition between the private higher education providers and the public institutions.

“With this scenario, the most discerning of the education policy-makers should reason that private varsities need to be encouraged to bring out their best in this regard.

“In addition, this move by government will make these private universities more efficient and attractive to Nigerians that are annually sending their wards to foreign universities at the cost of N1 trillion every year,” he said.

He admonished government to so more at ensuring that the amount spent on education abroad are keep in the country.

“Many of us have suggested the establishment of an Education Bank that will help to provide credit at a single digit interest and support through the Federal Government’s special grants to encourage excellence.

“While setting up the infrastructure for this may take a little time, government can utilise the Tertiary Education Trust Fund (TETFUND).

“Many have argued that using some competitive criteria that will test their degree of compliance to certain standards, winners can be singled out and given supervised grants to carry out particular projects.

“The news of such development will help to bring the particular institution to public view and the entire private providers to the limelight.

“The implementation of this kind of policy will help to bring greater competition and efficiency across the two camps of public and private-funded universities,” he said.

Contributing, the Vice-Chancellor of the university, Prof Rotimi Ajayi, said the 10th convocation was a harvest time to recount past successes by the university.

“Today’s convocation is unique. It is a special harvest time that calls for celebration as harvest in any culture and a time of joy at the maturation of seeds.

“The convocation marks a decade of continuous success in the fulfillment of the mandate of the university and also historic as our School of Part-Time Studies is presenting its pioneer students.

“Like their name Unicorns, these critical change-makers have over the course of their tutelage in the university been taken through their necessary paces and have been found to be thoroughly grounded.

“In line with the dreams of the founding fathers, they have been dully exposed to the nurture and admonitions of the word of God,” he said.

NAN reports that the university at its 10th Convocation graduated 304 graduands from its Colleges of Business and Social Services as well as Natural and Applied Sciences.

Nine percent of the graduands made first class, 39 per cent made second class upper division, 42 per cent came out with second class lower division and 28 per cent in the other categories.

The convocation also afforded the institution to introduce a new Pro Chancellor, the former Vice-Chancellor of the University of Lagos, Prof Oye Ibidapo-Obe.

The convocation recognised the attendance of the past two vice-chancellors who have nurtured Crawford University from its cradle to its present height by presenting them plaques.