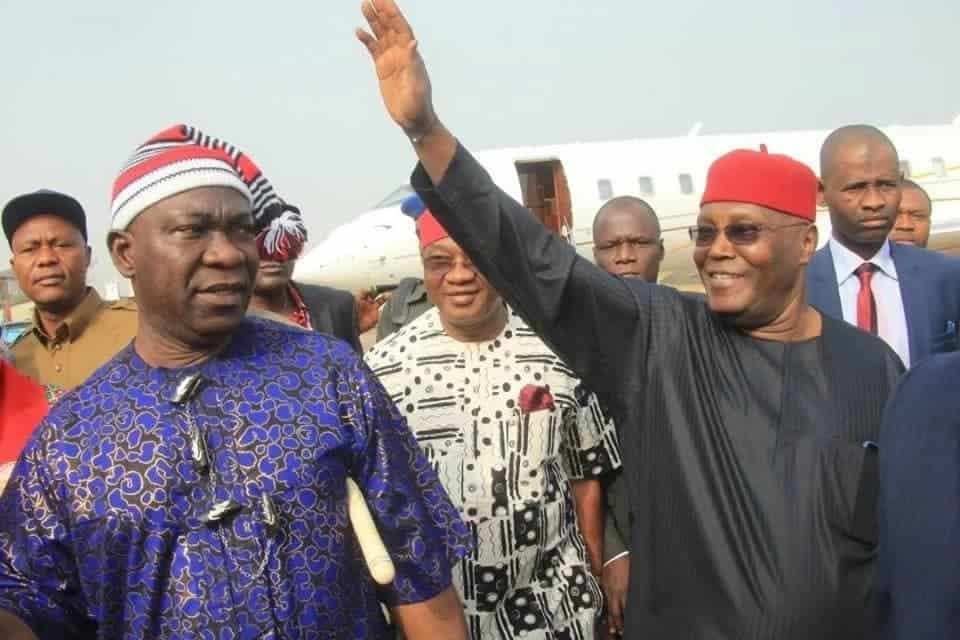 Atiku Abubakar, the presidential candidate of the Peoples Democratic Party, has visited the Deputy President of the Senate, Senator Ike Ekweremadu, to seek his understanding over the choice of Mr Peter Obi as his running mate.

On the entourage of Atiku on Monday were the Director General of the PDP Presidential Campaign Council, who is also the President of the Senate, Bukola Saraki; National Chairman of the party, Uche Secondus; and the National Organising Secretary of the party, Col. Austin Akobundu (retd.).

It was learnt that the visit was meant to appease Ekweremadu, who had hoped that he would be the natural choice for the position.

It was gathered that the visitors asked for Ekweremadu’s support and explained to him that Obi was picked in the interest of the zone in particular and the nation in general.

A source said, “He was told that Obi does not have any corruption case against him and that he does not belong to any faction of the party.

“He was also told that Obi’s emergence has further raised the acceptability level of the PDP across the country.”

Meanwhile, the party has scheduled its National Executive Committee meeting for Thursday in Abuja.

It was gathered that the meeting would approve the full composition of the council and also vet its budget for the campaigns.

Secondus confirmed the inauguration of the campaign council to our correspondent on the telephone.

“Yes, we are meeting on Thursday and the campaign will be inaugurated same day,” he said.