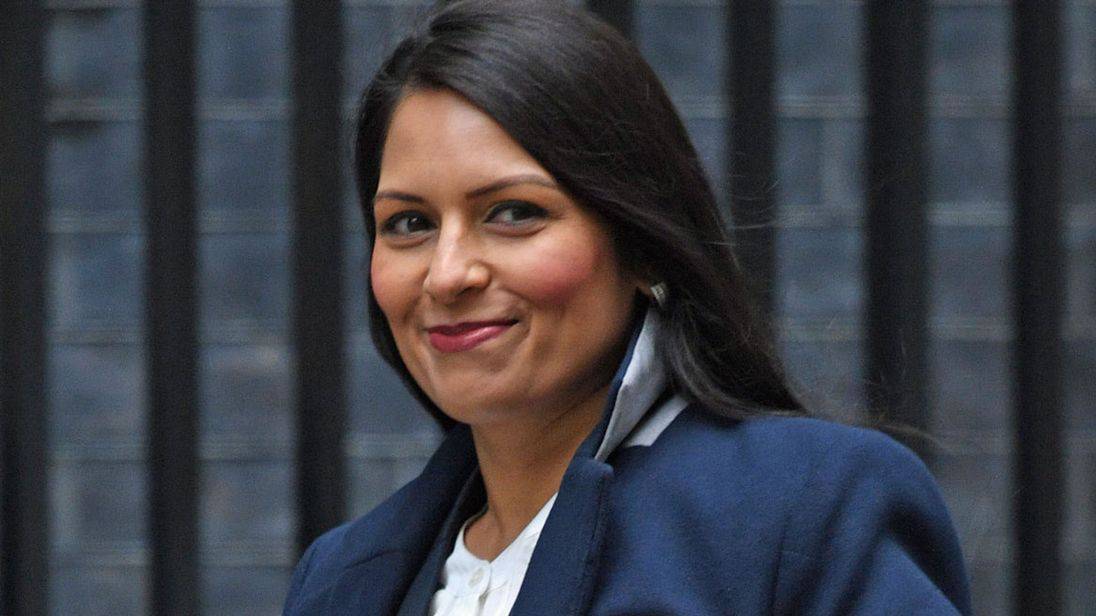 The Nigerian presidency has condemned an opinion article published by former secretary of state for International Development in the United Kingdom (UK), Priti Patel, calling on investors to be wary about investing in Nigeria.

She advised that “investors should know of the corrosive effect of corruption, as well as the lack of transparency and associated difficulties of doing business in certain countries.

“In Nigeria, the unhappy experience of the firm founded by two Irishmen, Process and Industrial Development (P&ID), is a case in point, and demonstrates the risk that businesses will face in Nigeria”.

PREMIUM TIMES had exclusively reported how a U.S. District Court in Washington D.C. affirmed a $6.59 billion arbitral award, plus $2.30 billion interest, against Nigeria.

This was after Nigeria failed to show up in court to defend the matter. The naira value of the amount came to about N2.7 trillion (at the Central Bank of Nigeria’s rate of N306 to one U.S Dollar).

It was however learnt  that the country would have paid less than 10 per cent of the $8.9 billion award if the Muhammadu Buhari administration had acted in line with a recommendation passed to it by the preceding Goodluck Jonathan regime.

Ms Patel said “in 2010, P&ID signed a 20-year contract with the Nigerian government to create a new natural gas development refinery, but the project fell through after the Nigerian government reneged on its contractual commitments. “Upon taking office, President Buhari promptly cancelled a compensation settlement, and has done his level best to pretend Nigeria’s obligations to P&ID do not exist,” she said.

She also said since Mr Buhari reneged on this deal, “P&ID has undertaken legal efforts to affirm a tribunal award, first decided in London. It also made several attempts in court to force the Nigerian government to respect its obligations.

“The most recent court decision at a London tribunal confirmed that the Nigerian government owes P&ID almost $9bn for the initial breach of contract, loss of income, additional costs, and interest accrued after five years of non-payment.

“However, the Nigerian government has continued to flout international law and convention, and it refuses to respect the various court decisions.”Investors must consider this long-running scandal and weigh this obstinance against Nigeria’s mishandled economic potential,” she said.

No Evidence Of Wrongdoing

The presidency while responding to the allegations, said Ms Patel’s “wicked proposition is lacking in substance and devoid of merit in empirical evidence established by facts”.

The response issued by presidential spokesperson, Garba Shehu, said her claim that despite Mr Buhari’s public anti-corruption platform, Nigeria has not seen any reduction in corruption since he took office, “trumpeting a so-called Transparency International report is a false fabrication that cannot be supported by the facts on the ground”.

Mr Shehu said by the time Mr Buhari was sworn in and took office, the only amount in the anti-corruption recovery account over 16 years of the People’s Democratic Party (PDP) was only two billion Naira (N2 billion).

“This account has succeeded in netting over four hundred billion Naira (N400 bn) as of today, translating to 1,360 per cent increase. This cannot amount to nothing, in terms of progress,” he said.

He also said when it comes to policy decisions, the Buhari administration has put in place instruments that have “extraordinarily and unprecedentedly reduced corruption and corrupt practices.”

He gave as example, the Treasury Single Accoun (TSA) put in place by the Goodluck Jonathan administration but more implemented by the Buhari administration. He said this has led to greater visibility and control of government funds by way of consolidating government resources in an account as against the past where such accounts are scattered.

“This administration has introduced the IPPS, which implementation has led to an extraordinary reduction of ghost workers, saving the treasury billions of Naira every month.

“The Whistle Blower mechanism put in place has yielded enormously to the treasury and reduced corruption.

In addition to several and urgent legislations targeted at the reduction of corruption, the administration has equally signed a number of highly rewarding Mutual Legal Assistance with a number countries that have translated to tremendous recoveries,” he said.

The presidential spokesperson said the issue of the lack of security of investment raised by Ms Patel is equally false and untenable.

He said Nigeria has recognised the right of the investor, both local and foreign, as enshrined in the nation’s constitution which states clearly that no investment can be taken from its owners without recourse to the law.

“Given the constitution, you don’t even need international protection for assets held in this country.“In addition to the constitution, there exist several laws allowing protection for investments. “Beyond this, this administration has moved forward by recognising arbitration processes. The judiciary in the country has a Practice Code to give legitimacy to awards and arbitration clauses in agreements.

“Cumulatively, we have established a proper climate of investment on account of which, the nation has gained 24 points of excellence in the global ease of doing business index,” he said.

"Let us not forget that Nigeria is the only member of OPEC that is dependent upon petrol imports to keep the country going. Nigeria is ranked 145th in the world for its ease of doing business, which demonstrates the risks of investment into Nigeria."

As for the specific case of the agreement in 2010, between the NNPC and the P&ID for a 20-year contract to create a new natural gas development refinery, which appears to be the main issue raised by the UK MP, Mr Shehu said it is “a project that fell through after a past Nigerian government reneged on its contractual commitments, we do not wish to plead the government’s case in the press”.

He said the government of Nigeria, in recognition of the sanctity of the judiciary, has submitted to the jurisdiction of a court in the United States to determine the issues in dispute.

“What we can only say at this point is that Nigerians need to pity their own country for the way things were done in the past.

“Before the coming of the Buhari administration, there existed in the country a racket encompassing elements in the three arms of government, the executive, legislature and the judiciary through the activities of which artificial, engineered and factored breaches of contract are made, judgments are obtained, appeals are delayed and the penalty imposed is paid and shared.

“In the fullness of time, more will be said by the Minister of Justice and Attorney General of the federation,” Mr Shehu said.