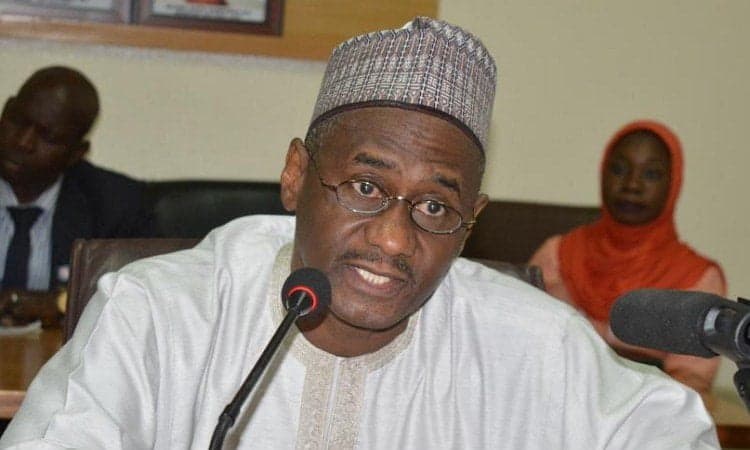 The decision to suspend Usman Yusuf, executive secretary of National Health Insurance Scheme (NHIS) has been defended by the board.

Enyantu Ifenne, chairman of the governing board, while speaking during an investigative hearing by a house of representatives ad-hoc committee, said the decision was taken to instill transparency in the scheme.

Yusuf had been suspended by the board over allegations of financial infractions and abuse of office.

However, Yusuf argued that the only one with power to discipline or remove him is President Muhammadu Buhari

A resultant crisis at the scheme had prompted the president to send Yusuf on “administrative leave” and order an investigation into the matter.

This led the house of representatives to set up the ad-hoc committee to investigate the matter so as to end the crisis.

Ifenne on Thursday told the committee that the NHIS had become “dysfunctional” under Yusuf.

Asked to comment on the legality of the suspension, she replied: “If we erred, the president acted yesterday by correcting us. There are gaps in the (NHIS) act and we were justified by the action we took to ensure that the NHIS was run transparently.”

The NHIS senior staff association and the medical health workers’ union also made a joint presentation to the panel, which supported the council’s submission.