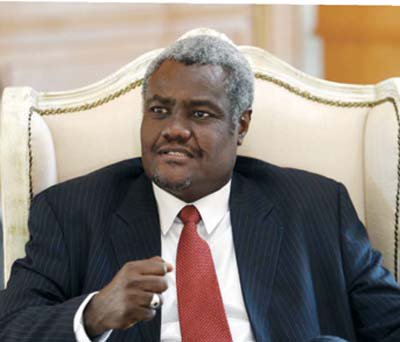 The Chairperson of the African Union Commission, Moussa Faki, will be in Nigeria on Thursday for a two days visit.

The spokesman of the Minister for Foreign Affairs, Dr Tope Elias-Fatile, made this disclosure in a statement on Thursday.

The Minister of Foreign Affairs, Geoffrey Onyeama, is slated to meet the visitor and members of his delegate at the Minister on Thursday.

The Chairman, according to Fatile, would attend a Ministerial Roundtable on “Re-positioning Nigeria in the African Union” at the ministry on Thursday.

“The Chairperson is expected to pay a courtesy call on Mr President at the State House and would later participate at an interactive session with representatives of the Nigerian Business Community the same day.

“By evening, he would attend a cultural engagement at the National Council for Arts and Culture with the Actors Guild of Nigeria.

“He is scheduled to visit the National Defence College on Friday and deliver a lecture on the theme: “Good Governance and Regional Security: Strategic Options for the African Union,” he said.

Fatile added that Faki will leave the country on the 27th of October 2018.