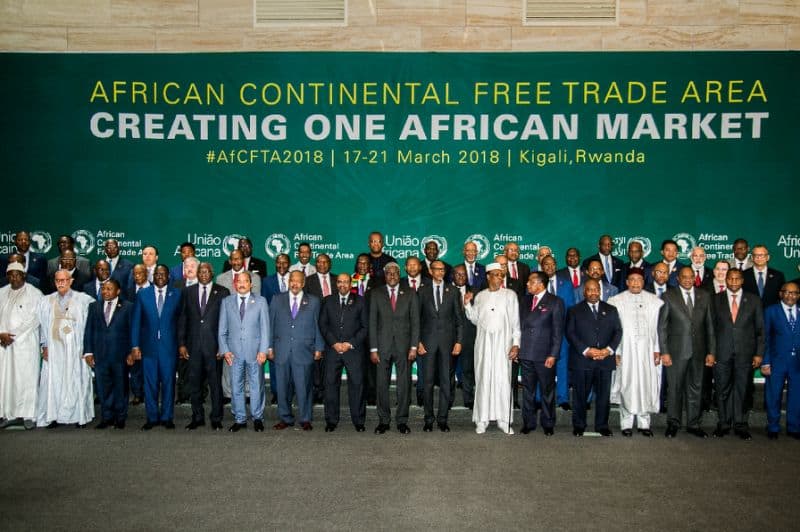 Forty-four African countries have signed an agreement establishing a free trade area seen as vital to the continent’s economic development.

The creation of a free trade area — billed as the world’s largest — comes after two years of negotiations, and is one of the AU’s flagship projects for greater African integration.

However, the agreement will still have to be ratified at a national level, and is only due to come into force in 180 days.

The full list of countries which did not sign the agreement is not yet available, however Nigeria is a notable absentee after President Muhammadu Buhari pulled out of this week’s launch in Rwanda saying he needed more time for consultations at home.

Nigeria, one of Africa’s largest markets, hesitated after objections from business leaders and unions — a sign that getting the deal through scores of national parliaments may face several hurdles.

“Some countries have reservations and have not finalised their national consultations. But we shall have another summit in Mauritania in July where we expect countries with reservations to also sign,” said Albert Muchanga, the AU Commissioner for Trade and Industry