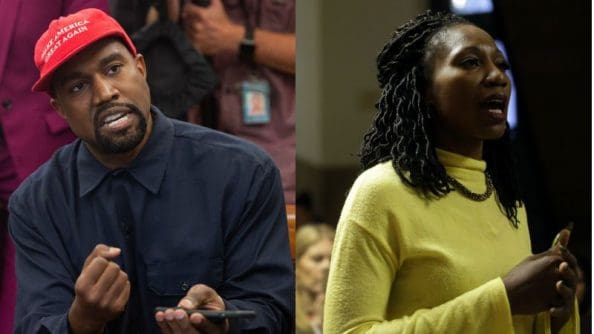 Popular rapper, Kanye West, has been reported to have donated $73,540 to Amara Enyia, a Chicago mayoral candidate, to pay off fines from the Illinois State Board of Elections.

The Chicago Tribune revealed that the donation matches the exact amount of money Enyia owes the Board of Education following her brief run for mayor in 2015.

Further report revealed that Anyia did not close her campaign account after dropping the bid in 2015, which led to fines for not filing quarterly campaign finance reports as required by law.

READ ALSO  Kanye West Still in The US Presidential Race.

Enyia had until Dec. 20 to pay the fine in order to get on the Chicago mayoral ballot for next year.

“The Amara Enyia campaign thanks Chicago native, Kanye West, for his generous action,” said the statement shared by her campaign. “Amara’s campaign is energizing people around the city with bold ideas and solutions that move Chicago forward. We are excited to engage people of all walks of life as we focus our efforts on getting on the ballot.”

Chance the rapper a day back endorsed Enyia for mayor on Twitter.