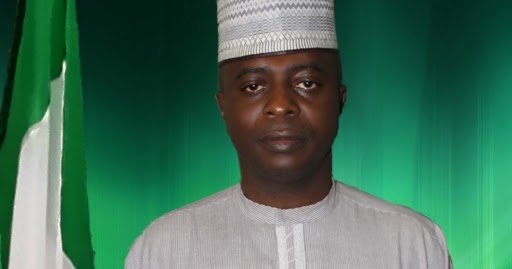 The governorship candidate of the Peoples Democratic Party in Kwara State for the scheduled 2019 general elections, Razak Atunwa, has been accused of forging his NYSC certificate.

Atunwa is alleged to be carrying a forged discharge certificate of the National Youth Service Corps, after failing to participate in Nigeria’s compulsory national youth service scheme.

It is important to note that the NYSC law requires every Nigerian who graduated from university or polytechnic to participate in the national youth scheme for one year after graduation, provided the person finished before age 30.

Failure to serve would prohibit such individual from gainful employment in Nigeria, and making false claims about serving could attract up to 14 years in jail.

Also, anyone who graduated before 30 but deliberately declined to serve has committed a crime that could attract 12-month imprisonment, even if the person did not forge NYSC documents.

Only a person who obtained a degree after 30 or served in the military or won national honours medal would qualify for exemption certificate under the NYSC law.

Mr Atunwa, born on October 17, 1969, is said to have studied law at the University of East London, graduating in 1992 at age 23. Having earned a bachelor’s degree at 23, Mr Atunwa, going by Section 2 of the NYSC Act, should have participated in the year-long national service.

But rather than present himself for national service, Mr. Atunwa according to Premium Times report, stayed back in the United Kingdom, returning only in 2005 to join the cabinet of then Governor Bukola Saraki in Kwara State at the age of 36.

Between 2005 and 2010, he held various political offices and was commissioner in Kwara State at four different ministries, including Land and Housing, Works and Transport, Information and Home Affairs and Finance.

The investigative report by Premium Times however, failed to reveal whether or not Mr Atunwa presented any NYSC document to authorities since 2005 when he was first appointed commissioner, 2011 when he became speaker and 2015 when he became member of the House of Representatives.

But to secure the PDP governorship ticket on October 1, the report alleged he submitted a fake NYSC discharge certificate and accompanied it with an affidavit, indicating he lied on oath, an offence that attracts up to 14 years in jail.

He is said to have indicated in the nomination document he submitted at the PDP national secretariat in Abuja that he partook in the youth service scheme between 1995 and 1996.

The lawmaker, then accompanied it with a notarised affidavit sworn at the Kwara State High Court in Ilorin on September 10. The document was attached to his PDP expression of interest form.

He signed the document despite a clause indicating he remained automatically disqualified as candidate if any statement or information he provided is found to be false, inaccurate, or mislead the party or its agents from making proper assessment of his competence to contest the governorship election under the platform of the Peoples Democratic Party (PDP).

It remains to be seen if the PDP will as a result of this revelation, drop his candidature as Governorship elections are scheduled to hold February 2019.

Walter Oki (brigadier general at the time). But Mr Oki was only made NYSC director-general in 2002.

A further crosscheck on the authenticity of Mr Atunwa’s ‘certificate’, made it to be compared with original ones that bore the basics of the document, especially those from foreign university graduates.

It was discovered according to the report that Mr. Atunwa’s certificate, rather than bear FRN or FORN (code for foreign graduates) has KWP (a code reserved for graduates of Kwara State Polytechnic) as identification mark. But the politician did not graduate from Kwara Polytechnic.

“This is the most audacious forgery since PREMIUM TIMES began investigation into NYSC claims of senior government officials and politicians generally,”

“Based on Section 13 (c) of the NYSC Act, even being in possession of a forged NYSC certificate is already a crime,” Mr Oshoma said. “And then we now have an affidavit that he swore to and walked himself into perjury, another criminal offence.”

“You could say Kemi Adeosun did not know some people gave her fake document, and Mr Shittu was being exuberant, but this particular case is very troubling,” the lawyer said. “He knew of those recent cases and still went on to do it.

“This is amongst the consequences of the president’s failure to act on time or act at all on the already uncovered cases. Since the former finance minister was able to escape from the country without prosecution and the communications minister remains in office despite being found not to be qualified for the job, this man could easily dismiss any legal ramifications of his action,” he added.

“Since it has now come to the fore that if you graduated before 30, either from a Nigerian university or abroad, you know you do not qualify for exemption and you must serve and if you forge your document you would be exposed, I would have expected that all those who schooled abroad would start investigating whether the NYSC document they were given was genuine or not. There is no hiding place anymore.”

The scandal has forced Kemi Adeosun to resign from Buhari’s cabinet as finance minister while it prevented Shittu from contesting the APC governorship primaries in Oyo state.

Shittu, who is currently the communications minister, has already taken the matter to court and still retains his position within President Buhari’s cabinet.