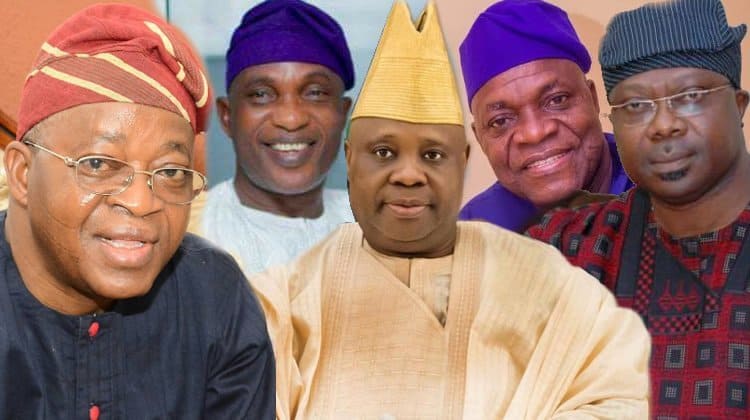 The candidate of the Social Democratic Party in last Saturday’s election in Osun State, Senator Iyiola Omisore, has given condition for supporting the Ademola Adeleke of the Peoples Democratic Party, ahead of the re-run election on Thursday.

He made his condition known when Senate President Bukola Saraki, who is a PDP presidential aspirant visited him.

According to Saraki, in his meeting with Omisore, he (Omisore) had agreed in principle to support the PDP in the rerun of the election on Thursday.

“I was hard on INEC because it declared the Osun poll inconclusive after doing a good job. The issue of vote-buying was on the front burner but that was reduced to the minimum as against what we witnessed during the Ekiti poll. At the end of the day, the poll was again declared inconclusive. That sort of took away all the commendations that should have gone the way of INEC.”

Naija News reported how the Independent National Electoral Commission on Sunday, declared the election inconclusive because according to the commission, the difference between the votes scored by the two leading parties, the PDP and the APC, was lower than the number of votes cancelled.

After the collation of all the results from the 30 council areas of the state, Adeleke of the PDP had 254,698 while the candidate of APC, Gboyega Oyetola, polled 254,345.

Omisore became an asset to the two parties because most of the polling units fall within his stronghold and Omisore’s father, Oba David Omisore, is the ruler of the Garage Olode, a town in Ife -South, where elections in two units were cancelled.

Speaking during the visit of Senator Bukola Saraki, to his home in Ile-Ife on Monday, Omisore, who also dumped the PDP after a disagreement over the party’s primary, said as a stakeholder in the state, he was always after a people-centred government.

Omisore said, “I have given my programmes to both the APC and the PDP. My programme is like this; payment of salaries and pensions. Good governance is what is important to me.

“Anyone between the two that will do that will get my support. I am passionate about Osun State and my interest is the welfare of the people of this state. I have told those sent to me. At the appropriate time, we will tell you where we are going.”