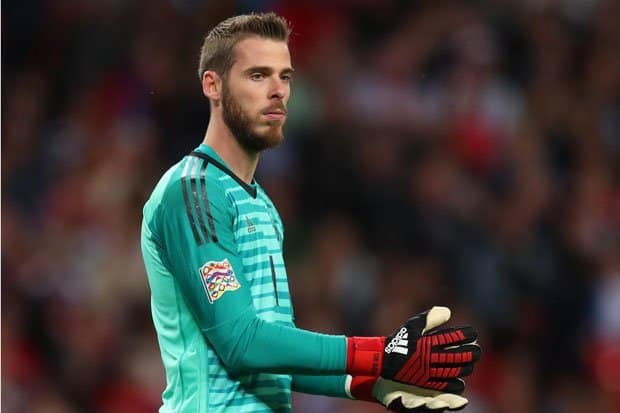 De Gea Reveals Prerequisite For A New Deal With Man U

Manchester United stopper, David de Gea, has requested to be on the club’s top earners list if he will sign a new contract at Old Trafford.

According to Evening Standard, the 27 year old is currently being paid just under £200,000-a-week and has demanded to been earning the same as Paul Pogba and Alexis Sanchez, who both are paid over £300,000-a-week.

United had the opportunity to extend his deal for another year in the summer but wanted a longer term basis.

De Dea, who is United’s best player for four out of last five seasons, won the Premier League Golden Glove award in May, 2017.

He arrived at the club in 2011 from Atletico Madrid.