Gunshots were heard at the All Progressives Congress (APC), secretariat at Garrison in Port-Harcourt, Rivers state, as some thugs clashed at the party secretariat. 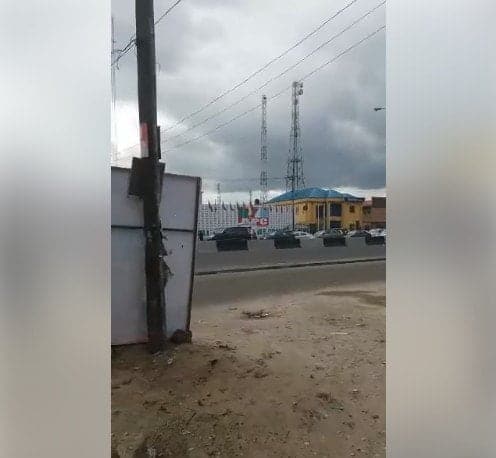 The political thugs were said to have gathered at the secretariat amid the brewing tension between the two factions of the party in the state led by the Minister of Transport, Rotimi Amaechi, and Senator Magnus Abe respectively.

Police operatives who arrived the scene dispersed the thugs with teargas and gunshots and everyone took to their heels.

This is coming few days after the new APC secretariat in Rivers state was vandalised by unknown political thugs.

The destroyed property was built and donated to the party by Senator Abe.

Naija News gathered the thugs, stormed the secretariat located along Aba road after Waterlines Junction in Port Harcourt at about 8.45am, broke the glass doors, window louvres and pulled down the iron poles bearing the party flags.

Also, portraits of President Muhammadu Buhari, National Chairman of the APC, Adams Oshiomhole, and that of the parallel Acting Chairman of the state APC, Peter Odike, were damaged by the hoodlums. 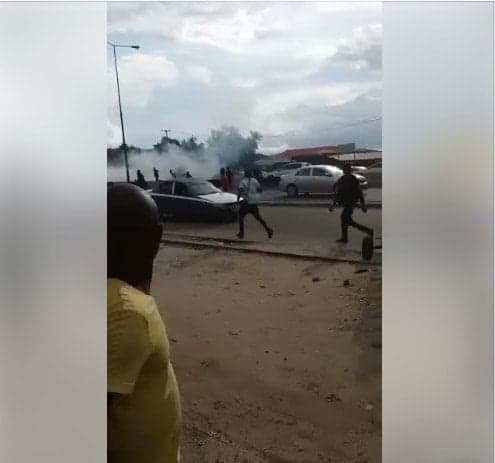