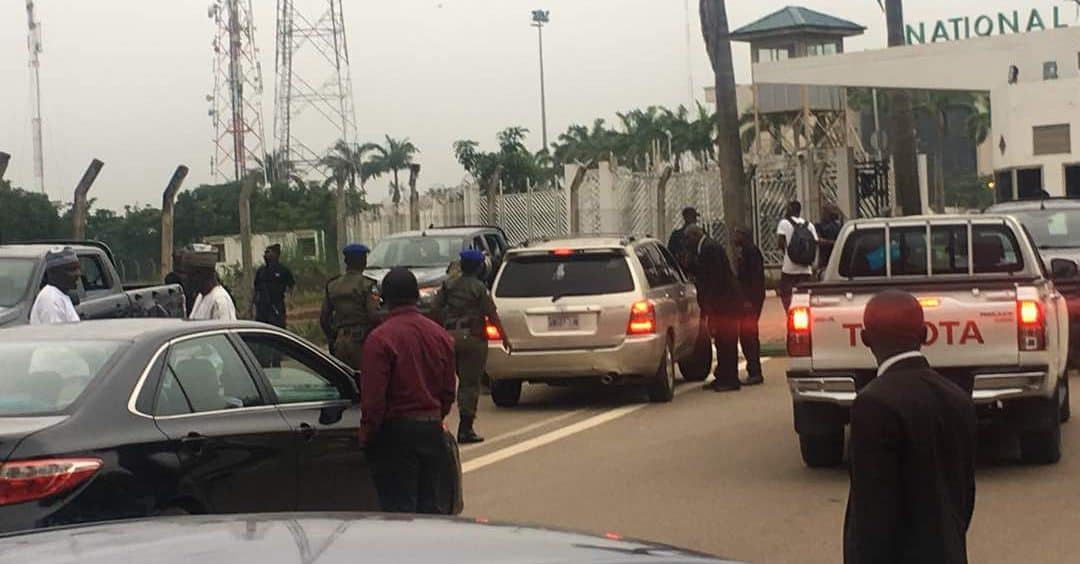 As a result of the current take over of the National assembly by operatives of the Department State Services (DSS), legislative workers are stranded, lawmakers are being scrutinized before being allowed into the assembly Naija News can authoritatively report.

All lawmakers are now allowed entrance into the National Assembly after going through security screening, the leadership of the Senate has conveyed a meeting for this afternoon, it is expected to meet with the leadership of INEC over the commision’s budget for 2019 elections.

A source within the National Assembly told Naija News that the takeover of the Assembly might not be unconnected to an alleged plan to impeach the Senate President, Bukola Saraki who just decamped from the All Progressives Congress (APC) to the People’s Democratic Party (PDP).

Naija News recalls that yesterday, the special adviser to President Muhammadu Buhari on National Assembly matters, Senator Ita Enang pleaded with both chambers of the National Assembly to reconvene and consider many of issues that are pending as there are many urgent issues of national importance.

The operatives of the DSS stated that their action is as a result of an order from above, legislatures have now gained access to the assembly however, workers and journalist are locked out of the premises.

A source within the National Assembly told Naija News that two-third of the members is needed to impeach the leadership of the Senate,  he however noted that an hour is enough to effect change.