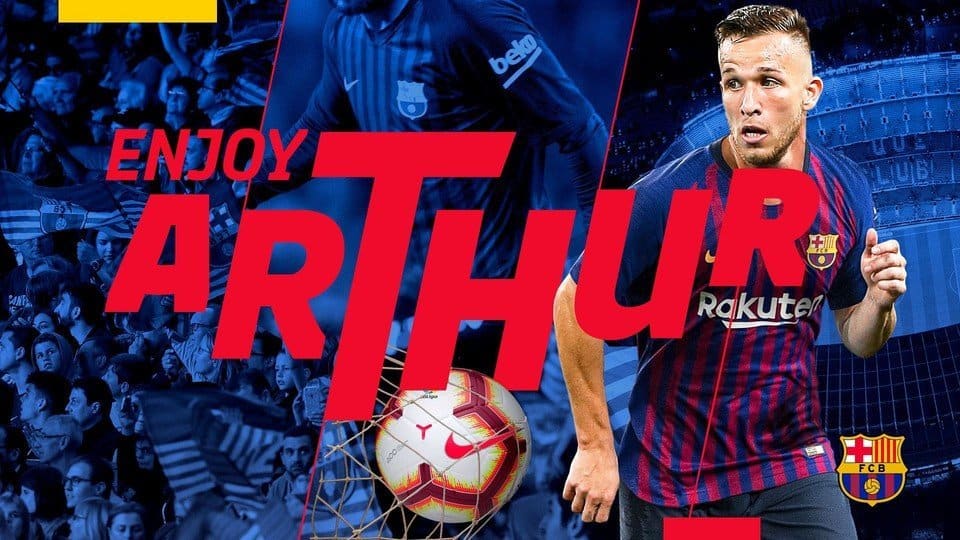 Arthur is widely expected to fill the shoes of midfield maestro, Andres Iniesta, who departed the Spanish club at the end of the 2017/2018 season.

Arthur’s move to Barcelona was confirmed on their official website which reads:

“FC Barcelona and Gremio de Porto Alegre have agreed the transfer of the player Arthur Henrique Ramos de Oliveira Melo, following the agreement the two clubs reached in March. The agreement will see the Brazilian player immediately join the squad.”

“The cost of the transfer is off €31m with €9m in variables. The player will sign a contract with the Club for the following six seasons, until the end of the 2023/24 campaign; his buyout clause is to be set at €400m.”

“The schedule for the presentation of Arthur Henrique Ramos de Oliveira Melo as a new first team player will be announced shortly.”

Naija News reports that Arthur is the first major signing for Barcelona during the current summer transfer window.