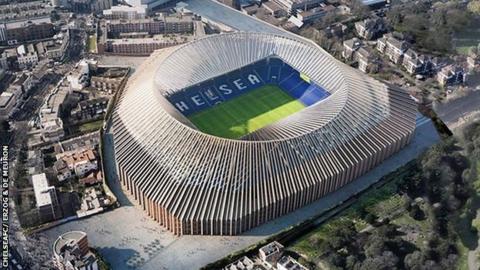 Stadium Planned To Be Finished By 2021

FA Cup Winners, Chelsea on Thursday revealed that there will be delay in its plans for a new 60,000-seater stadium in London due to an unfavourable investment climate.

“Chelsea Football Club announces today that it has put its new stadium project on hold,” the club said in a statement.

“No further pre-construction design and planning work will occur.

“The club does not have a time frame set for reconsideration of its decision,” it added.

“The decision was made due to the current unfavourable investment climate.”

Naija News learnt that the club was looking to build the new stadium on the current Stamford Bridge site, and planned to move in by 2021.