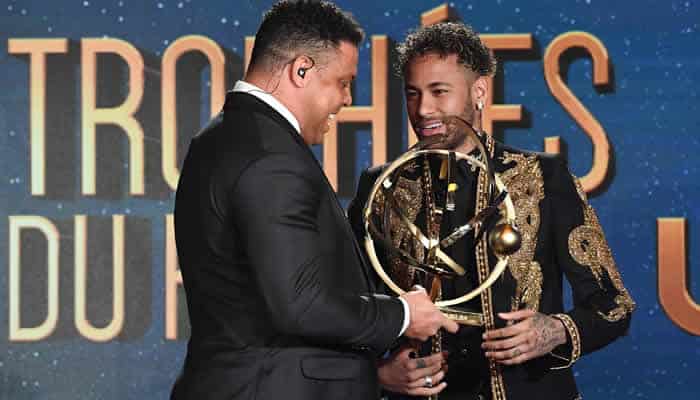 Neymar last year got the attention of many with numerous fans sticking to their pen and papers to calculate the price at which Neymar was bought from Barcelona to PSG.

The Brazilian professional footballer, who also plays as forward for French club Paris Saint-Germain, in his transfer was revealed has the world’s third-largest sports contract ($222,000,000, with the Paris Saint Germain).

The Paris Saint Germain foward, was on Sunday named as France’s player of the year at an awards ceremony in Paris, despite the Paris Saint-Germain superstar missing the last three months of the season due to injury.

The Brazilian, the world’s most expensive player, has the record of 19 goals in just 20 league games for PSG to his name before suffering a foot injury in February that required surgery.

His PSG teammates Edinson Cavani and Kylian Mbappe were also nominees, along with Marseille’s Florian Thauvin.