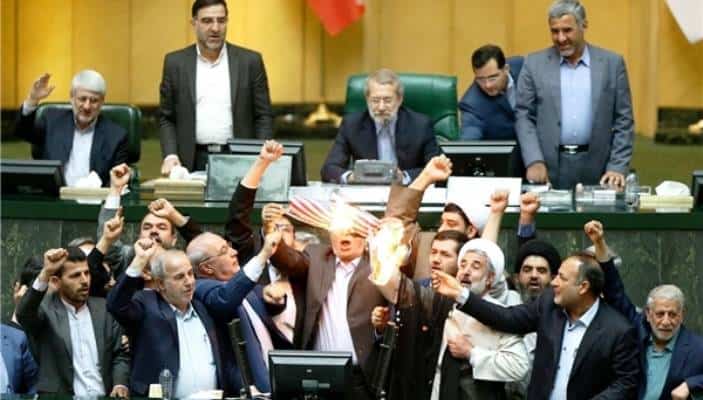 Iranian lawmakers have moved to burn an American flag and cried “Death to America” after Donald Trump yesterday announced that the US was leaving its nuclear deals with Iran.

Recall Naija News reported that Trump through a televised address from the White House, announced the US withdrawal from the multinational nuclear deal with Iran.

Various Iranian media reported images showing the parliament burning an american paper flag in the centre of its chambers.

A conservative lawmaker, Mojtaba Zolnour, joined and burned a copy of the nuclear agreement.

Many deputies joined in chanting “Death to America”, a favoured slogan of Iranian conservatives.

“Be careful not to burn down the parliament,” speaker Ali Larijani cautioned.