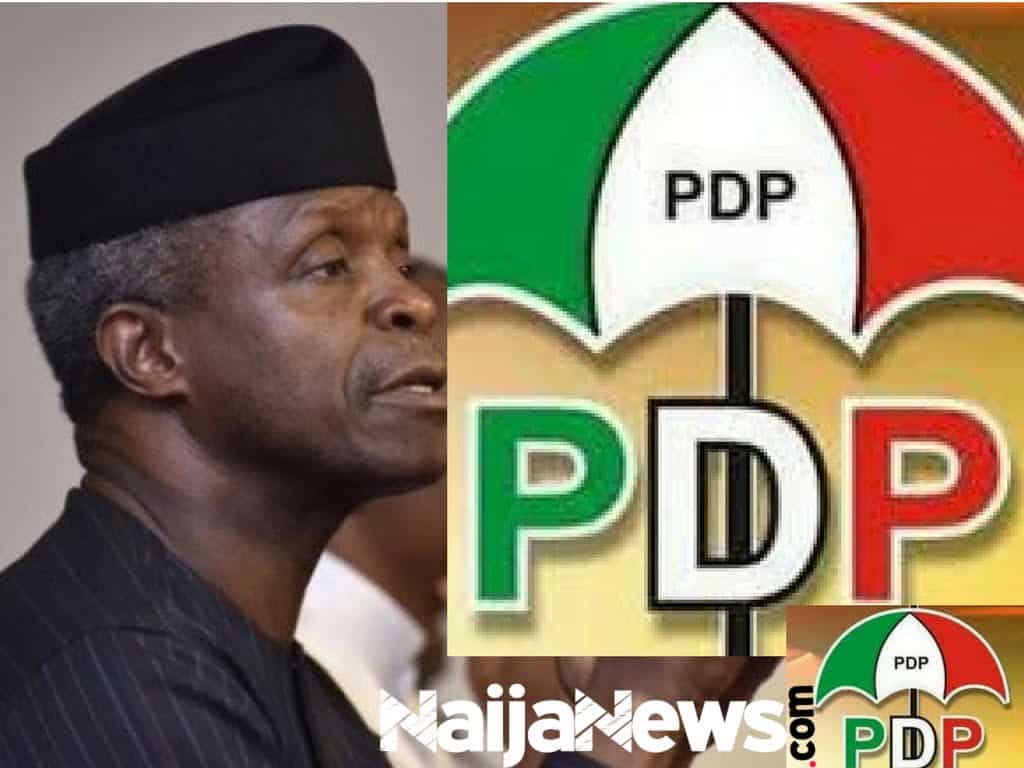 The Peoples Democratic Party (PDP) has claimed that Vice President Yemi Osinbajo has allowed himself to be used as the poster boy for diversion of public attention from the impunity and corruption that saturate the  All Progressives Congress (APC)-led federal government.

Naija News  also learnt that the opposition party accused  the Vice President of keeping silent about the alleged high-handedness, human rights violations and aloofness of government that has resulted in rampant killings across the country.

In a statement signed by its National Publicity Secretary, Kola Ologbodinya, the PDP noted that Professor Osinbajo has been making unguarded statements at public events on behalf of the APC, against the opposition.

The statement read in part:

“We note that Vice President Osinbajo has refused to heed wise counsel and accord respect to his office by desisting from such unguarded comments only because he has been sucked in and entangled in the propaganda, deception, impunity and sleazes that not only brought their administration to power but have become its trademarks in the last three years.”

It added that all assertions by the Vice President, especially on the performance of the Buhari administration as well as his bandying of figures against the opposition, have remained unsubstantiated.

The PDP further reminds Professor Osinbajo that such propaganda will not win the forthcoming elections for the APC administration come 2019.