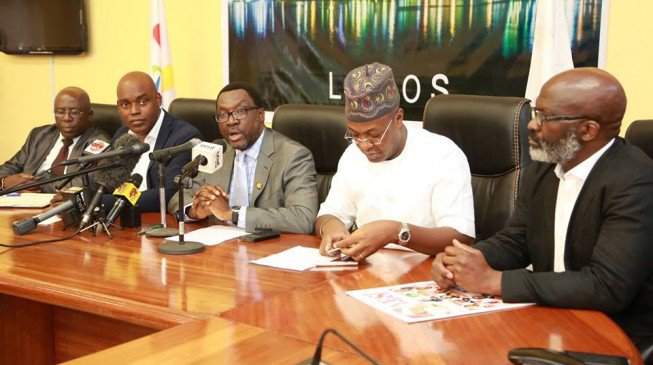 Mr Steve Ayorinde, the Lagos State Commissioner for Tourism, Arts and Culture, on Monday stated that the city/state would soon be counted among the five top preferred destinations for tourism and entertainment in Africa.

While speaking at an inter-ministerial briefing to commemorate Gov. Akinwunmi Ambode’s third year in office in Alausa, Lagos, the Commissioner said that the state government would achieve the feat as it was dedicated to creating an enabling environment for the industry to thrive in the state.

“It is also for the promotion of the cultural heritage of the people of Lagos State, ” he said.

The commissioner said that the current administration’s tourism mandate/project was on “THESE’’ (Tourism, Hospitality, Entertainment and Sport for Excellence) agenda.

“It is a known fact that the agenda is to encourage deliberate investment in human capital and infrastructure.

“The consequent encouragement of creativity and promotion of a genius mind in arts, entertainment, culture and tourism, has lived to its purpose in the last three years, ‘’ Ayorinde said.

He hinted that the strategic intervention has not happened by accident, it has been a deliberate plan derived from a visionary study of the state.

“Also, the demography and analysis of the productive sector which has the capacity to absorb the teeming youth population, reduce poverty and crime as well as create jobs with multiplier effects on the sectors has been a motivating factor.

“The last one year has been eventful in terms of tourism infrastructure development, arts and culture promotion.

“This has laid a long term foundation to make Lagos State a sustainable tourism-driven economy and a topmost haven for business and leisure in Africa, ‘’ he said.

Ayorinde while listing the achievement of the minister pointed out the creation of hotel and hospitality establishment regulation; endorsement and support for arts and culture events.

According to him, others are: Calendar of sponsored and state-endorsed arts and cultural events; Lagos state tourism master plan; film censorship and classification; and cinema licensing.

“The calendar of over 79 state-sponsored and endorsed arts and cultural programmes for this year is to make event planning, bookings and business decisions easier for tour operators and the general public,’’ the commissioner said.

The commissioner who praised the Private Public partnership initiative of the state, said that the state would continue to discharge its mandate effectively.

Meanwhile, Lagos State government said it would convert Olososan dumpsite to a park.