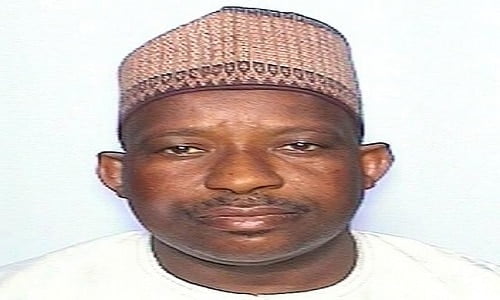 Jibrin Ndace, Chief Press Secretary to Niger State Governor, has revealed Governor Sani Bello has been living in a boys quarters apartment for the past three years due to the dilapidated state of the official quarters he inherited.

Ndace made this known when the Coalition for President Muhammadu Buhari and Abubakar Sani Bello paid him a courtesy visit at the press gallery, Minna, that the governor also met Government House abandoned, with bad fencing.

According to him, “The governor is a down-to-earth man who has been living in a boys’ quarters-like apartment since he assumed office in 2015.

“When he came on board, we met the Government House abandoned, with dilapidated structures.

“The Governor’s Lodge renovation project, which was ongoing for years, was abandoned by the previous government of Dr. Muazu Babangida Aliyu; but it is now being renovated and the governor is almost completing it.”

Ndace also added that the parameter fencing of the Government House was so porous that “even goats jump over because it is so short, not to talk about people.”

Though he did not disclose the location of the apartment where Bello currently lives, he, however, said that the boys’ quarters-like apartment which is a guest house is not too far from the Government House.

Khalifa Aliyu Abdullahi, leader of the Coalition, has earlier arrangements have been finalized to mobilise over 15,000 youths across the state to march for President Muhammadu Buhari and Governor Abubakar Sani Bello towards the forthcoming general elections.