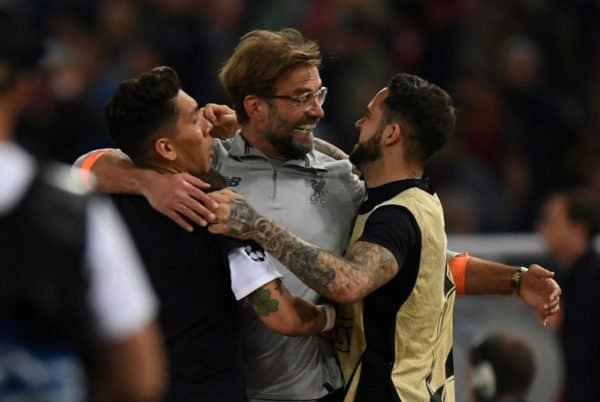 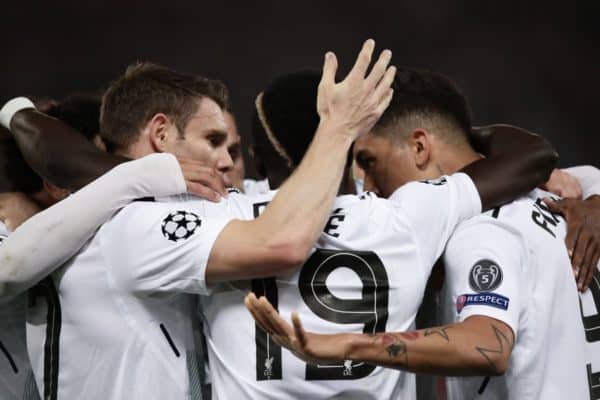 Liverpool would be slogging it out Real Madrid in the UEFA Champions League final in Kiev on 26 May after they fighting past Roma resistant to winning 7-6 aggregate at the Olympic Stadium in Rome.

The Roma team who were out to re-enact the miracle of the quarter finals when they erased Barcelona’s 4-1 advantage. Roma won on the night, scoring two goals in five minutes to raise the hope of a spectacular comeback having lost the first leg 2-5.

Jurgen Klopp’s side have now registered their place in their first European Cup Finals in 9 years, where they will play two-time holders Real Madrid in Kiev on May 26.

The goal rush by Radja Nainggolan came too late. When the Slovenia referee, Damir Skomina, blew the final whistle, the scoreline was 4-2 to Roma and 7-6 to Liverpool.

Mane and Georginio Wijnaldum First half goals put Liverpool in control of the game.

But despite Radja Nainggolan bagging two goals for Roma in the final eight minutes — the second from the penalty spot — there was to be no second miracle comeback for the Italians after last month’s 3-0 win over Barcelona in Rome.

Six minute after Liverpool was having a field day with Senegalese forward Mane and Roberto Firmino goals, Roma got the equaliser when Liverpool defender Dejan Lovren’s attempt to clear a Stephan El Shaarawy header towards Dzeko across goal bounced off James Milner’s head, flying past Loris Karius and into the Liverpool goal.

Roma who lost the 1984 European Cup final to Liverpool on penalties, paid for their woeful defending, giving Klopp’s side space to gain an early advantage.

Stephan El Shaarawy rattled the post on 35 minutes. Dzeko broke through seven minutes into the second half with the equaliser after Karius cleared the ball straight into the path of the Bosnian who made no mistake for his eighth goal in 12 European matches.

Liverpool will again leave Rome victorious after winning the European title twice, in 1977 and 1984, at the Stadio Olimpico.