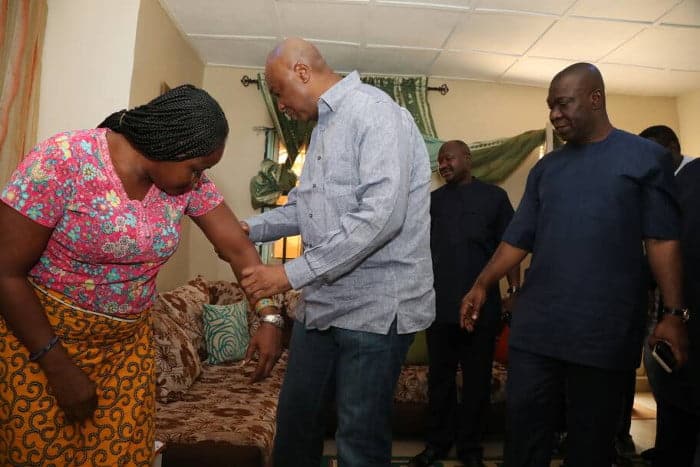 Dr Bukola Saraki, the senate President, has paid a personal visit to the home of Mrs. Sandra Davou the brave female Sergeant-t-Arms who was attacked when Hoodlums invaded the National Assembly and took away the Mace of the Senate.

Thugs who are believed to be sponsored by suspended Senator, Ovie Omo-Agege, invaded the Senate on Wednesday and made away the the Mace of the House.

According to News Agency of Nigeria Mrs Davou who bravely stood her ground to protect the sanctity of the senate and its staff of authority, was assaulted by the hoodlums who also attempted to kidnap a senator before making their way of of the complex. 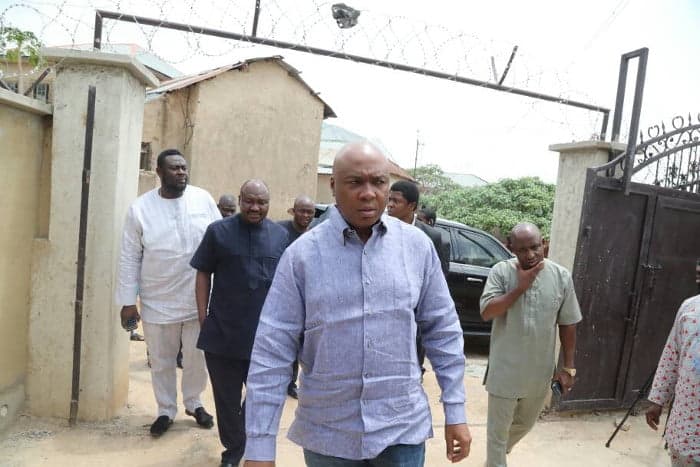 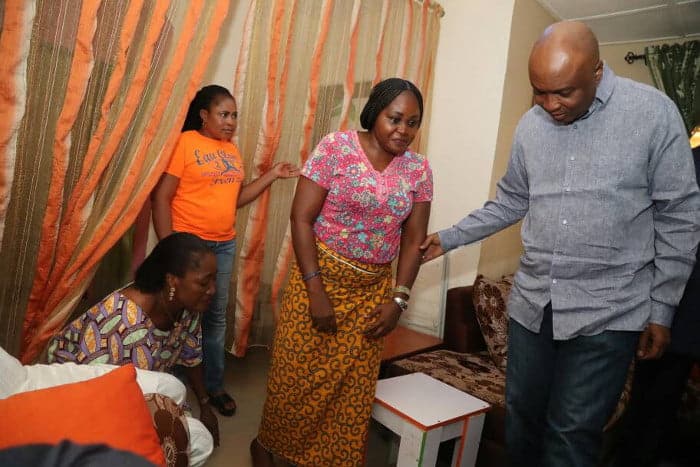 The Senate President who was on a Official trip to Washington when the incident occurred pay the unprecedented Visit to the Brave Sergeant and was accompanied by the Deputy senate President, Ike Ekweremadu.

He also implored security agencies to ensure that those culpable should be brought to book.

While in Washington, Saraki had condemned the attack while commending his colleagues in the Senate and others in the House of Representatives for standing up in solidarity to defend democracy in Nigeria.

In a related development, Senator Ovie Omo-Agege has promptly acquired a court injunction restraining security agency from arresting him briefly after he was released from police detention.