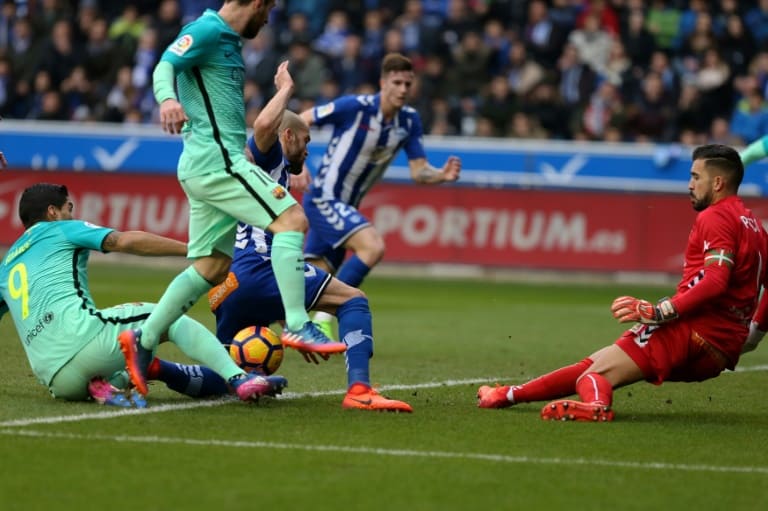 Andres Iniesta and Lionel Messi were on point as Barcelona FC flawed Sevilla 5-0 to win the King’s Cup final for the fourth consecutive season on Saturday.

With Iniesta and Lionel Messi pulling the strings in the match, Luis Suarez struck twice in the first half for the Catalans as they won the competition for a record 30th time.

Philippe Coutinho assist in the 40th Minute of the match gave Barcelona the Lead through Suarez’s impressive goal.

Messi slammed home the second after good work from Jordi Alba with Suarez adding another, before Iniesta netted from a tight angle.

Iniesta crowned the spectacular display with another sublime move for the fourth goal after rounding keeper David Soria.

Coutinho completed the rout from the penalty spot after defender Clement Lenglet had handled inside his area.

The result goes some way to make up for their humiliating Champions League quarter-final elimination by AS Roma earlier in April as Barca completed the first step of a league and cup double.

Bercelona is hoping to complete the domestic double on Sunday if second-placed Atletico Madrid lose to Real Betis.

But Sevilla have not won since knocking Manchester United out of the Champions League on 13 March.