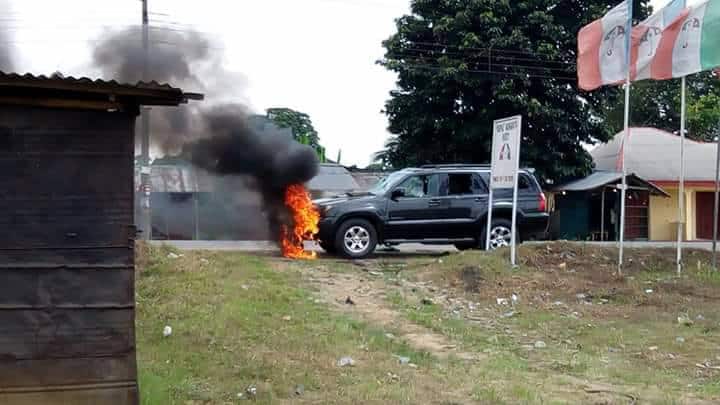 A member of the Rivers House of Assembly, Hon. Promise Chisom Dike of Oyigbo local government area of the state has reportedly been attacked by a group of suspected thugs.

Naija News gathered that the lawmaker’s SUV was set on fire by the group of hoodlums after innocently parking his car in front of the Peoples Democratic Party, PDP office in Oyigbo.

Further information into the cause of the incident has it that, it could be as a result of conflicts between the lawmaker and a group of politicians ahead of the PDP elections in the state. 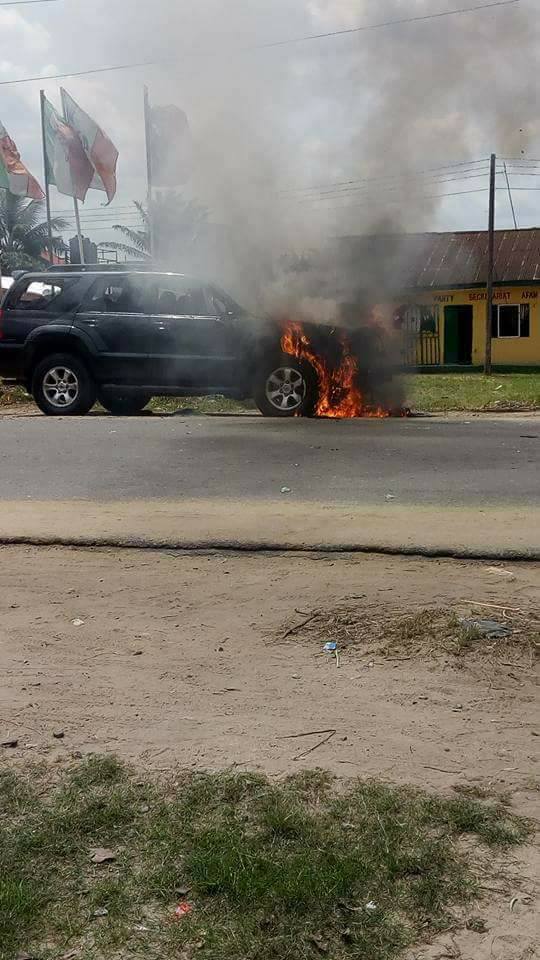 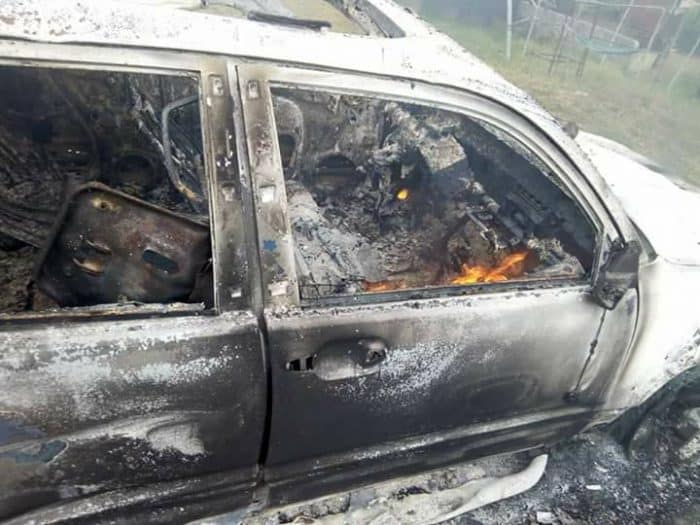 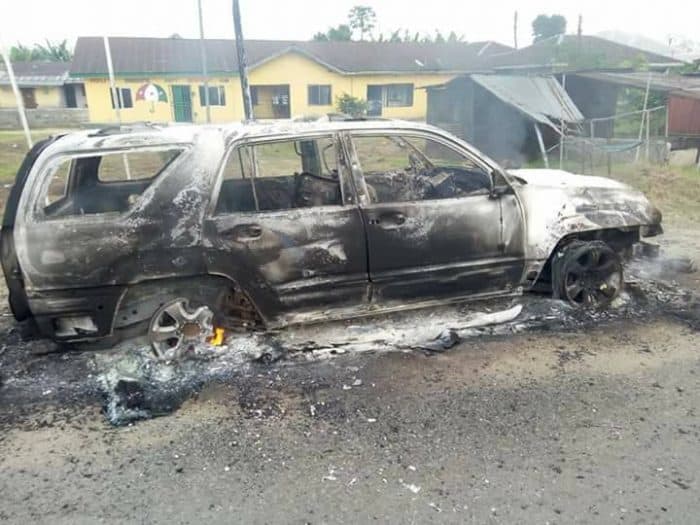