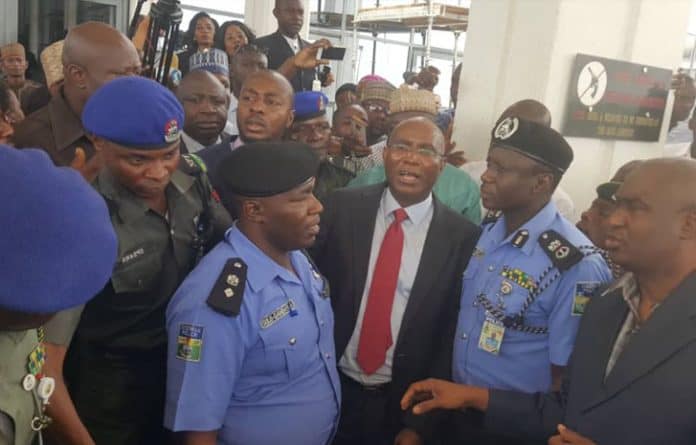 Senator Ovie Omo-Agege has been arrested by police at the National Assembly. He was arrested by a team led by FCT Commissioner of Police, Sadiq Abubakar Bello, and he has since be whisked away by police.

Naija News had earlier reported today that Omo-Agege who had been suspended by the senate for 90 legislative days stormed the chamber with thugs and snatched the mace while plenary was on.

At the end of the plenary, policemen whisked Omo-Agege in a waiting pickup van.

Meanwhile, barely an hour after the shock attack on the senate floor of the National Assembly which resulted in the suspension of plenary, the Senate has resumed sitting with a new mace.