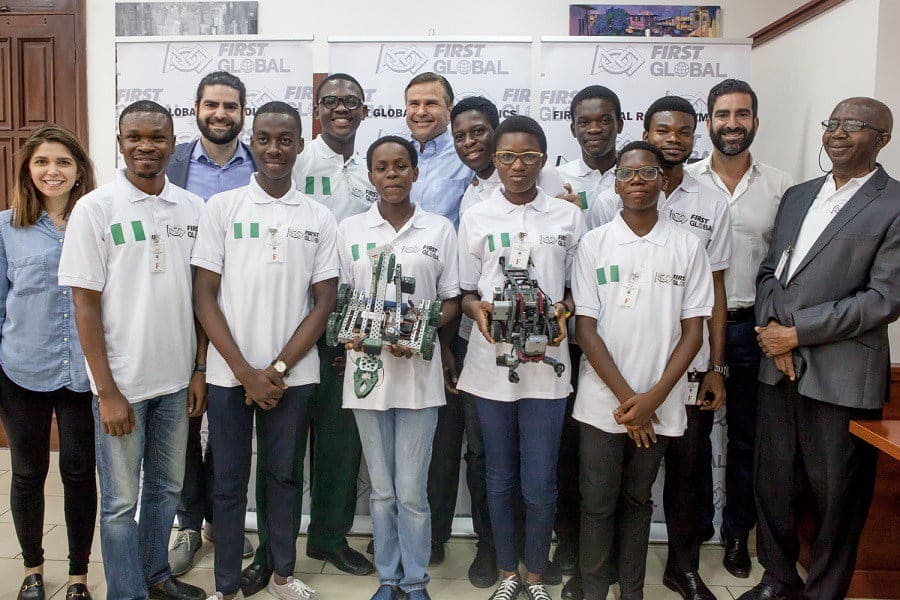 The Vice President, Prof. Yemi Osinbajo has praised the effort of Team Nigeria for its outstanding performance at the First Global Robotic Olympics in Washington DC, U.S., in 2017.

He made the commendation while receiving the six-member team, their project Director, Mentor and sponsors to the July 14 to July 19, 2017 event in Abuja.

He acknowledged that Nigeria is full of young talents who could do the nation proud in any international competition.

“We very strongly believe that this country has the talent and these young people demonstrated it eloquently.

“They have the talent and the creativity and all that it takes to make the kind of difference that could be done in technology,’’ he said.

He said that having seen a team of dedicated young people, the government would have to support and encourage them.

Osinbajo said he looked forward to a better outing of Team Nigeria in the next Olympic challenge to hold in Mexico in August this year.

He added that the next competition would be helpful to Nigeria, as said it would support the country’s work on green energy for which it set up the first green bond as part of efforts to create green environment and looking at how to mitigate the effects of climate change.

“We do have some resources that we can commit to that and it will be very useful if we work with you on this coming challenge.

“It is important that this team stays together and that they are able to grow their ideas,’’ he said.

The Minister of Education, Malam Adamu Adamu, pledged the support of the Ministry of Education and that of Science and Technology toward the August Olympiad.

The leader of the delegation, Mrs Remi Willouby, a retired robotics teacher, said that the Team Nigeria came first in one category and second in another out of the 10 categories of awards.

She said out of 163 teams from 157 countries in the competition, the country placed 25th globally and emerged third of the 41 African countries in attendance.

“What is important is that we are building a group of children that can change this country using innovation,’’ she said.

The News Agency of Nigeria (NAN) reports that team Nigeria built and demonstrated a robot used in the purification of water for consumption at the U.S. challenge.