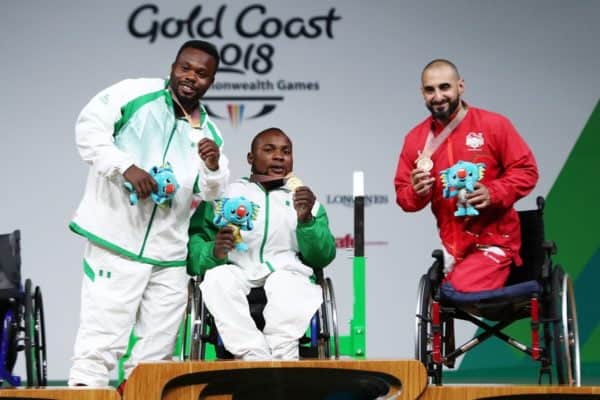 The News Agency of Nigeria (NAN) reports that Abdulazeez came tops in the men’s heavyweight category with a lift of 191.9kg to finish ahead of a field of 10 contestants.

The first Gold Medal for Nigeria was won by Ezuruike at the games in the men’s lightweight final. He won silver at the last edition of the games.

In the women’s lightweight category, Oyema took the gold and also set a new world record of 141.6kg to smash the old record of 126 kg also set by her in Glasgow, Scotland on Aug. 2, 2014.

Nwosu also claimed the gold in the women’s heavyweight class, after beating other contestant.