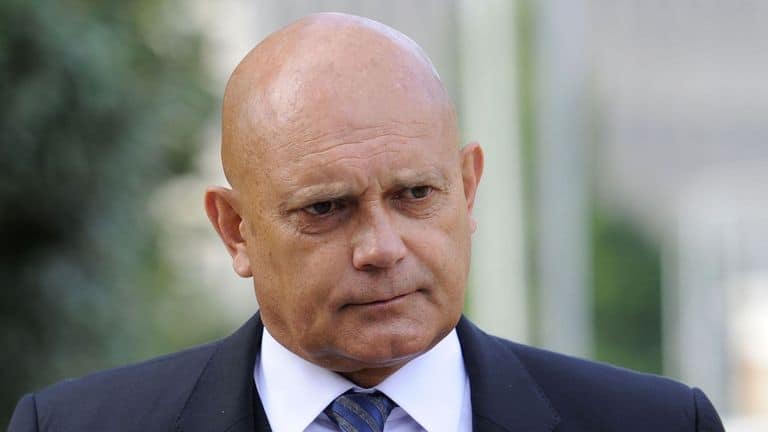 Former England and Chelsea midfielder Ray Wilkins has died in an hospital at the age of 61. Ray was an English football player and coach.

He was a key midfielder for the England national football team during the 1980s, and enjoyed success at various clubs including Chelsea, Manchester United, Milan, Queens Park Rangers, and Rangers.

Wilkins, was being treated at St George’s Hospital in London following cardiac arrest.

He left behind his wife, Jackie, with whom he had two children, Ross and Jade.

His family took time out to thank his fans, colleagues and members of the public” for the many messages of goodwill.

Chelsea in a statement released said that they are “devastated to learn of the passing of our former player, captain and assistant coach“. The club added: “Rest in peace, Ray, you will be dreadfully missed.”

View his football career below:

Wilkins, nicknamed Butch from childhood, made his name in the 1970s with boyhood club Chelsea, whom he joined as an apprentice, progressing to his first team debut against Norwich City at the age of 17 on 26 October 1973 as a substitute in a 3–0 home league win.

His brothers Graham and Stephen also joined Chelsea around this time, though they did not achieve the same heights in the game as Ray.

In 1975, following the club’s relegation and the departure of many established players, an 18-year-old Wilkins was handed the captaincy of Chelsea by new manager Eddie McCreadie, taking it from long-time Blues captain John Hollins. He took to the role well, maintaining it for four years.

He emerged as Chelsea’s key player of that period, leading a team of mainly young players to promotion again in 1976–77 and, in the next season, consolidation of their place in the First Division. Ray’s rapid success, along with his “dark good looks”, also saw Wilkins becoming a regular pin-up feature in British teenybopper magazines.

Ray Wilkins’ first season with Manchester United was uneventful, with domestic honours continuing to elude him. He scored his first goal for United in a 4–0 victory against Stoke City in 1979. In 1983, he scored in the FA Cup final, to put Manchester United 2–1 up against Brighton and Hove Albion. The game ended 2–2 after extra-time. Wilkins got his winners’ medal after United won the replay 4–0.

A year after collecting an FA Cup winner’s medal, United accepted an offer of £1.5 million from Italian giants Milan. Wilkins and his family settled quickly in Italy and Milan reached the final of the Coppa Italia in 1985, but it wasn’t a successful era for the Italian club.

Wilkins left A.C. Milan in July 1987 to join French outfit Paris Saint-Germain, with whom he stayed for only four months.

On leaving Paris, Wilkins joined Rangers for a transfer fee of £250,000. During his time with Rangers he won the Scottish league title in 1989 and the Scottish League Cup. He also scored a memorable goal in an Old Firm derby against Celtic. Such was his enjoyment of his time at Rangers, and the fans’ love for him, Wilkins was reduced to tears after his final game with the club.

Next stop for Wilkins was London, when he joined Queens Park Rangers, after his family decided that a decade away from home was long enough.

Wilkins spent four years with QPR. In the early 1990s, there was media speculation that he would rejoin Manchester United (now managed by Alex Ferguson), but this never happened. He remained at Loftus Road until the summer of 1994.

In 1994, Wilkins accepted an offer to become player-coach of London club Crystal Palace, who had been promoted to the Premier League under manager Alan Smith. However, Wilkins broke his left foot on his debut for the club, and did not play a competitive game for them again. On recovery from the injury, he accepted an offer from QPR to become their new player-manager after Gerry Francis left in November 1994.