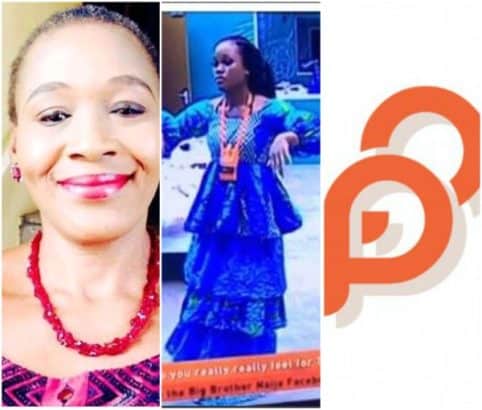 Sponsors Of Shows Do Not Make Comments – Kemi Olunloyo

Controversial Nigerian journalist, Kemi Olunloyo has spoken about the outrage by Big Brother Naija housemate, Cee-C, after she was seen cutting the cloth she was given for Saturday party with scissors all because she did not like it.

Kemi Olunloyo in her Instagram post, stated that when she first viewed Big Brother in America in 2001, sponsors don’t talk .

The blogger, further called out Payporte over their statement, saying what occurred in the house wasn’t about Payporte’s brand but about Cee-C’s brand. She concluded by saying the cloth was ugly.

See what she wrote below:

#BBNaija In America where I first watched #BigBrother 2001, sponsors do not talk. Viewers still don’t pay phone charges to vote till today. Of course we have no landlines left in Nigeria since our leaders looted NITEL, Nigeria’s original phone company where we could have been making toll free calls to vote now.

@Payporte should NOT have uttered a word online

This is NOT about your brand alone! It is also about the young lady’s brand.

Recall that Payporte, the official sponsor of the Big Brother Naija reality show, reacted to Cee-C’s rant about the cloth given to her for her Saturday Night party.

“PayPorte is very dis-pleased by the comments made by @ceec_official about the outfit given to her. We take out time to style all housemates with respect to the theme of every Saturday party. We consider this a disrespect to our brand and consider this offensive”.