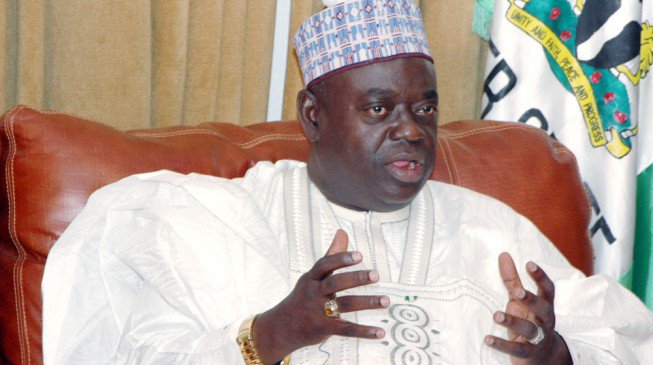 Former Niger State Governor, Babangida Aliyu has said that he would be seeking redress in court for the inclusion of his name in the list of looters released by the federal government because he didn’t steal the from Niger State during his eight year tenure as the governor of the state.

Aliyu in a statement he signed in Minna said he would be contesting his inclusion on the list to a logical conclusion after consultations with his lawyers.

“I wonder why the federal government should include my name in the 24 treasury looters list released again by the Minister of Information, Alhaji Lai Mohammed,’’ he said.

NAN reports that the former governor explained that nobody had challenged him with any document that he received N1.6 billion from the former National Security Adviser (NSA), Col. Sambo Dasuki (rtd) and urged the government to prove it.

“The APC government has embarked on calculated blackmail against my person because I refused to join the party.

“We all have our minds and what we believe in politics is a thing of the mind.

“In the orchestrated plot to tarnish my image, I am presently before the Federal High Court and a Niger High Court for the same alleged offence.

“This is to show that the government is hell bent on bringing me down but they will not succeed,

“As a Governor, I left a landmark for posterity, no amount of blackmail or character assassination can wipe me out from the minds of the people,’’ he said.