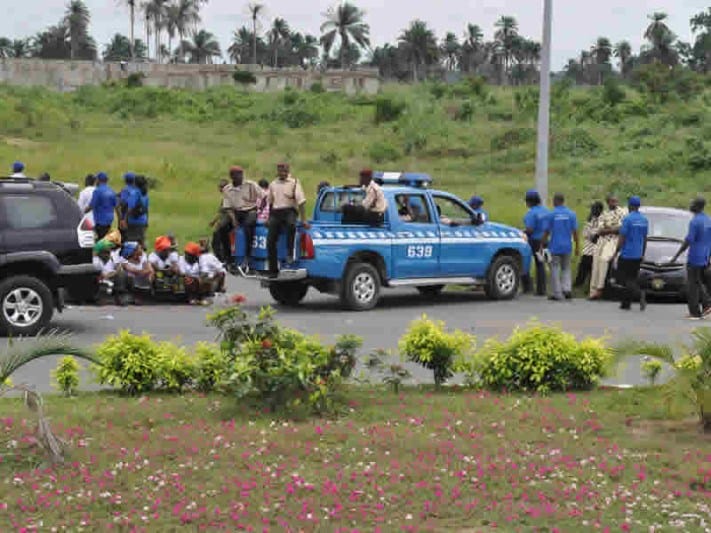 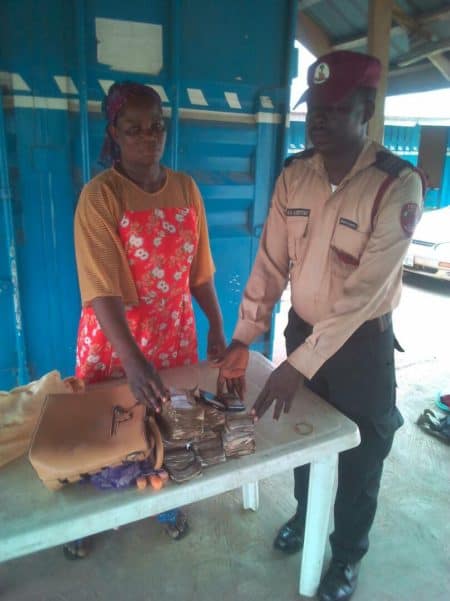 The Federal Road Safety Corps (FRSC) has returned the sum of  N2million recovered from the crash scene to the owner’s relatives, who was rescued from a lone accident on the Lagos /Ibadan Expressway.

Mr Clement Oladele, the FRSC Sector Commander in Ogun, explained that the accident occurred around 10:15am and it involved 11 people, comprising of three men, six female adult and two female children.

According to the Sector command no casualty was recorded, however, 9 out of the passengers sustain various degrees of injury.

“The suspected cause of the crash was tyre burst by the speeding bus which lost control.

“The injured victims were taken to Ifeoluwa hospital Ogunmakin for medical treatment and the road obstruction cleared,” he said.

“Upon diligent investigation, a female passenger of the crashed bus, Mrs Asabi Adenike of Kuola Street, Apata, Ibadan, who sustained injuries and undergoing medical attention was identified as the owner of the bag containing the recovered money.

“After contacting her relatives, she authorised that the FRSC hands over the recovered money to her Mother, Mrs Bisola Adedeji,“ he said.