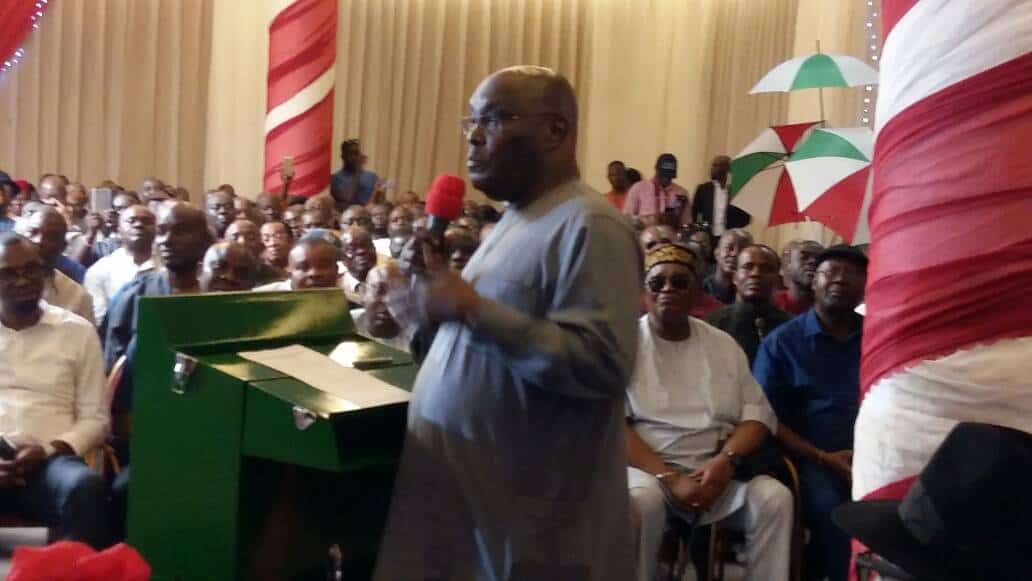 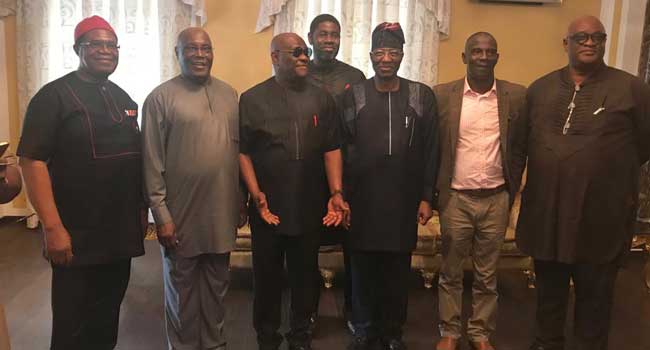 Former Vice President Atiku Abubakar has officially declared his intention to run for president in 2019 on the Platform of the Peoples Democratic Party. Mr Abubakar announced his candidacy in Port Harcourt, the Rivers State capital yesterday. Naija News Understands

The former Vice President said his decision to make the announcement in Rivers State because is because he believes Rivers State Governor Nyesom Wike represents what he represented in 1998/99 as the live wire of the PDP.

Mr Abubakar was in Rivers with the former Governor of Ogun State, Gbenga Daniel; Senator Abdul Ningi and some other party leaders.

Governor Wike, in reaction, described the former VP as a presidential candidate feared by the APC.

The governor, however, played down his own position in the PDP, insisting that all genuine members of the party are its live wire.

According to Governor Wike, the PDP is not just interested in seizing power in 2019, it is out to rescue Nigeria from what he described as a period of maladministration.

The Governor however use the opportunity toalso   called on other aspirants of the party to do nothing to jeopardise its chances in the 2019 general elections.