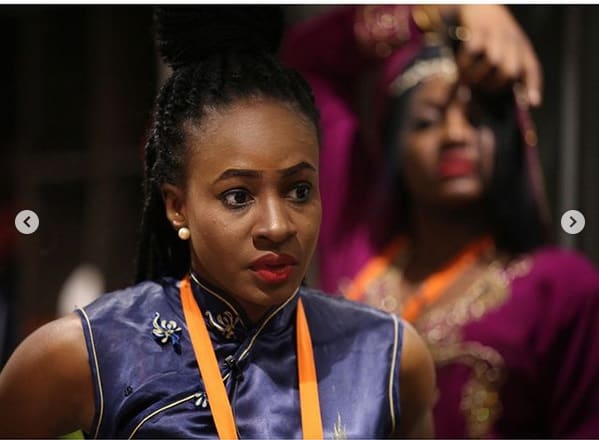 Anto who saw her dream in the Big Brother Naija come to an end yesterday during the Sunday eviction show, has become the eleventh housemate to be evicted from the live show and also the first individual to be evicted.

Biggie last week desolved all the pair there by leaving everyone to fight for themselves. Paired housemates who have been evicted are, Bitto and Princess (Pritto), Deeone and Vandora (Vandee), Angel and Ahneeka (Gelah), Ifu Ennada and Leo (Lifu) Khloe and K-Brule (Ksquared).

The Head of House last week (HoH) had her privilege restricted leaving her without the opportunity to alter the nominations. Anto’s desire to win the grand prize of #45 million and an SUV has been cut short after she got the lowest vote in the eviction round.

The American born housemate last week along her pair escaped eviction with the highest vote. During the Sunday eviction show the Big Brother Naija host Ebuka Uchendu announced Anto to have received the lowest percentage of votes from fans across the world compared to fellow housemates who were put up for eviction this week.

Anto who was evicted revealed that her aim was to win the grand price of the reality show. She at first was close to Tobi and she said: “I had my eyes on Tobi although he already got close to Cee c.

He is a bit childish, we can be friends.” During her post eviction chat with Ebuka, Anto confirmed Cee c’s possessive attitude towards Tobi. “I could see Cee c did not like it when I interacted with Tobi“. The outgoing housemate took the opportunity to clear up her future with fellow housemate Lolu.

She admitted to spending so much time with him because she genuinely likes him, although she claimed to be open in the future. “I like him, he is my friend, I am not promising anything“. Notably during the eviction show Ebuka sprung up a surprise.