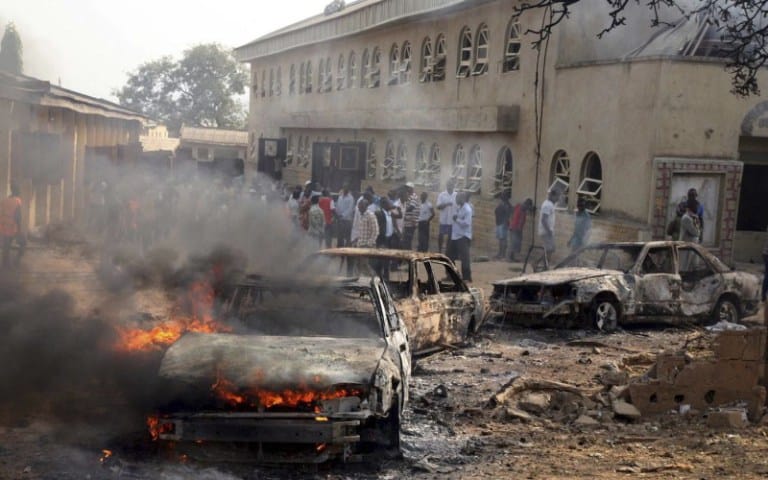 Some undetonated bombs deposited by the Nigerian Air Force in Shaforon, acommunity in Numan, Adamawa State, has caused an uproar by residents who fear that they pose danger to the community.

This alarm is coming three months after more than 75 people were allegedly killed in a Nigerian Air Force bombardment of the area.

Jonathan Lawrence, a spokesman of the communities, said there was still an imminent threat from bombs after they discovered three suspected undetonated bombs in one of the affected communities and fear that there might still be some undiscovered bombs buried in the communities which may detonate if not detected on time.

“We are therefore showing Nigerians and the international community that just as Amnesty International reported, there is credible evidence that the NAF raids on our villages had disastrous consequences and those raids were genocidal and constitute crime against humanity.”

He further noted “We reject the narrative that the invasion of our villages was within the realm of herders-farmers.”

He explained that the security situation in the area had some clear “manifestations of complicity by government and security agencies.”

He said the Numan attack had some notable significance as it was the first in the country where military helicopters, drones and fighter jet were “used to provide aerial cover for Fulani terrorists to kill, maim and destroy property.”

A leader of the community, Prof. Wonotazakan Tagowa, said: “Our community still lives in fear of the multiple bombs that were dropped here by the Nigeria Air Force.

“It is important that steps are taken to conduct aerial survey of these communities and identify where the remnants of the bombs are and safely evacuate and detonate them.

“Our communities are farming communities and people may step on these things and be killed by them.
“We have found some before and have reported to the relevant authorities who came and detonated them.”