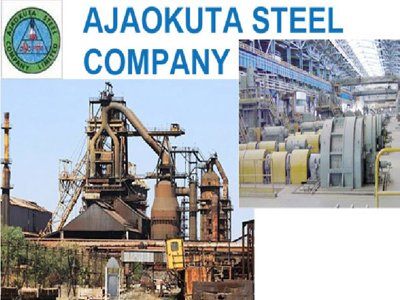 The Federal Government yesterday vowed not to repeat the mistake Former President Olusegun Obasanjo made on the Ajaokuta Steel Complex in Kogi State.

This was stated by Minister of Mines and Steel Development, Dr. Kayode Fayemi, at a press conference in Abuja, as he noted that the present administration do not intend spending anymore to complete that steel plant.

He regretted that the Federal Government had spent over $8bn into the project since 1979 , with no fewer that 14 organisation proposing to work on the steel complex since 2016, and there had been no result.

He said, “We have also said to them that we are not going to repeat the mistake of the Obasanjo administration. We will not undertake the re-concession without one, a technical audit; two, a transaction advisory service that will look into all these and advise us accordingly as to who really has the technical capacity, the financial wherewithal and the track record to really bring Ajaokuta back to life.

“However, the government took a principled position on one thing: that Nigeria will not spend one dollar on the so-called completion of the Ajaokuta steel plant. The reason for that is very simple; today from our record, we have spent close to $8bn since 1979 when this process started and we have not seen the result.”

The minister said that the government and the House of Representatives agreed on the agreed to continue work on the plant and had approved the sum of N2bn for the purpose in 2017.

The House had last week passed a vote of no confidence in Fayemi and the Minister of State for Mines and Steel Development, Alhaji Abubakar Bwari, due to their failure to appear before them to debate on the steel company.

Fayemi, however, said that the government has decide not to spend anymore on the project since it had swallowed over 8bn with no result.

He said, “We are just implementing what was passed by the National Assembly. That is why we are surprised that we have been subjected to an unwarranted attack over the matter in the last one week.

“Ajaokuta is an inherited challenge. The Chief Olusegun Obasanjo administration gave it out on concession; the President Umaru Yar’Adua government revoked it. And the case went to the London Court of Arbitration. Its resolution in 2016 led to the signing of the Modified NIOMCO Agreement, which ceded the complex back to the Federal Government and NIOMCO to Global Steel.

“No fewer than 14 parties have shown interest in running the complex, but government’s position is that we would not do any concession without a technical audit.

“PricewaterhouseCoopers was engaged to do a review of the company’s indebtedness and statutory liabilities as part of the settlement agreement.”

“This is why I am surprised at how we have been subjected to vitriolic attacks in the last one week. The March 1 sectoral debate, which we could not attend, was the first and only one I and the Minister of State were unable to attend and we duly communicated this to the leadership of the House.

“We take exception to allegations that are not backed up by evidences. Allegations that officials of the ministry have had their hands tied by the concessionaire are quite unfounded.

“The Russian government has not indicated interest in Ajaokuta. Yes, we have had offers from companies from Ukraine, Russia, Belarus and even Nigeria.

“Many are saying Ajaokuta is 98 per cent completed. The ministry believes that can only be determined by the outcome of the technical audit, which should be ready in about six weeks.”

Fayemi said that the President Muhammadu Buhari administration was being painstaking by the project, explaining that the project had been a product of bad planning.

“Our interest is to make it work so that it can create jobs and wealth, and we are ready to work with the National Assembly and other stakeholders to ensure its success,” he added.

Fayemi condemned what he called unwarranted attacks by the leadership and members of the House of Representatives on the ministry.

“The House of Representatives has every right to seek for an explanation on any matter relating to what they have appropriated as one responsible for appropriation, and on any matter of public interest. There is nothing fundamentally wrong in the House and its leadership requesting our presence at the sectoral debate that was called last week,” he stated.

“We did not think there was anything untoward about our request for another time, partly because this was the fourth time we were going to be speaking to the House of Representatives on the Ajaokuta Steel Complex,” he added.