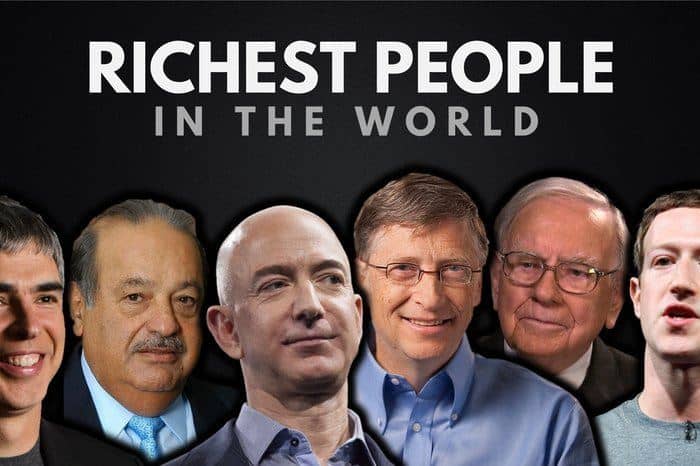 The Forbes magazine has named the Amazon founder and chief executive, Jeff Bezos, as the world's richest man with 112bn dollar fortune.

Centi-billionaire Bezos' fortune rose to $112 billion, the biggest single-year gain ever, allowing him to dethrone Gates, worth just $90 billion. Gates has been the richest person in the world for 18 of the past 24 years. The Oracle of Omaha, Warren Buffett, took the third spot on the list with a net worth of $84 billion.

President Trump, worth $3.1 billion, ranked No. 766 falling from No. 544 in 2017. Trump's fortune has fallen $400 million since last year's list, due in part to falling values of Midtown Manhattan real estate and declining revenues at several Trump golf properties.

More than 2,200 billionaires made the Forbes list and their combined net worth is $9.1 trillion which is equal to approximately half the GDP of the United States, the world's largest economy.

This year, 259 newcomers were added to the list and the number of women rose to 256, up from 227 in 2017. Alice Walton, daughter of Walmart founder Sam Walton, is the richest woman on the list with a fortune of $46 million.

The United States is home to the greatest number of billionaires, with 585, followed by Greater China (including mainland China, Hong Kong, Macau and Taiwan) with 476, Germany with 123, India with 119 and Russia with 102. California alone has 144 billionaires, more than any single country besides the U.S. and China.