Nollywood actress, Rita Dominic is one of the celebrities who always steer clear of social media controversies, but this time she gave it hot to one of her followers who advised her to get married.

The 42-year-old actress shared a short video of herself dancing to a song at a party she attended, but rather than share in her excitement, a follower told her to go and marry.

The follower wrote, “Go and Married”, however, Rita replied, “Go and learn English.”

See her response below: 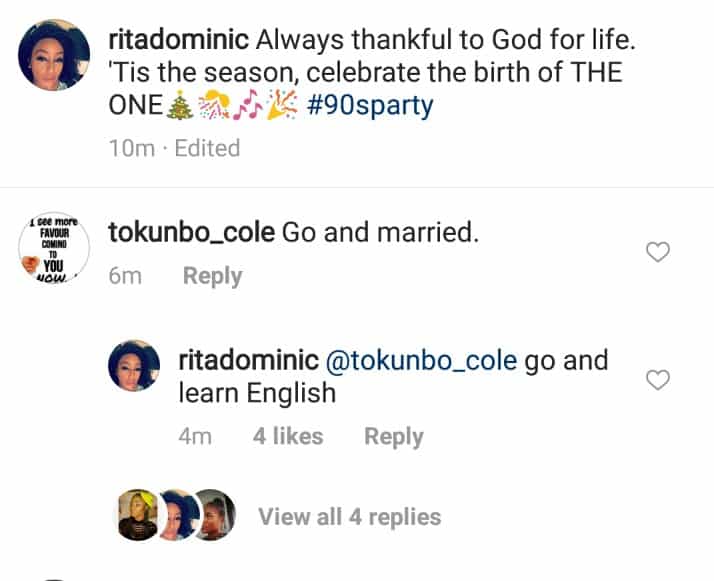 Rita had earlier disclosed in an interview that she would get married on her own terms and not because society wants her to.