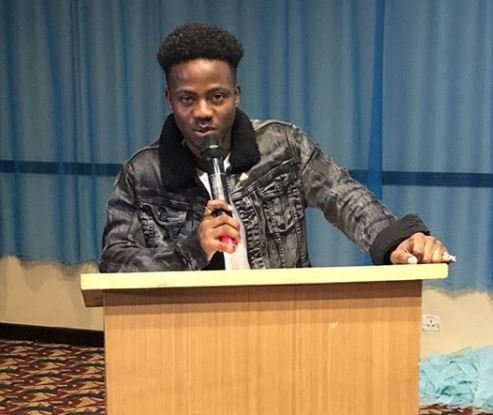 – The campaign of reforming SARS should be the talking point

Yesterday, Nigerian pop star Korede Bello through his Initiative hosted a forum on Police Accountability in Lagos barely 24-hours after some Nigerians staged a nationwide protest to end the Special Anti-Robbery Squad, SARS, a department of the Nigeria Police Force, NPF that has been accused of recklessness and civilian brutality.

At the forum, Nigerian celebrities including, Ruggedman, Dr Sid, Simi, Sound Sultan, Korede Bello and ace broadcaster, Sulaiman Aledeh, noted that the campaign to end SARS is a wrong move but rather a means of reforming SARS should be the talking point.

Police PRO, CSP Jimoh Moshood, and Dolapo Badmos, the Zonal police public relations officer for Lagos and Ogun state who were also present at the event commended the Korede Bello Initiative for the Police Accountability forum and reassured Nigerians that the reform of the Special Anti-Robbery Squad is currently going on.

“If you have any complain about any police of SARS officer, report and it will be dealt with appropriately by the Police”, Badmos said.

CSP Moshood also revealed plans taken by Nigeria’s Inspector-General of Police, Ibrahim Idris to reform SARS saying, “we have families and we feel your pain, the Special Anti-Robbery Squad reform is currently going on.

SARS reform is the way to go and not to end SARS. SARS has been doing very well in ensuring that robbery crime is reduced to the barest minimum in the country.

However, concerns and allegations against them as a regard the violation of human rights are being investigated on the directive of the Inspector General of Police.

The reform that he has put in place is to ensure that SARS is streamlined just as the Mobile Police Force under a unified commander at the Force headquarters who is a commissioner of police”.