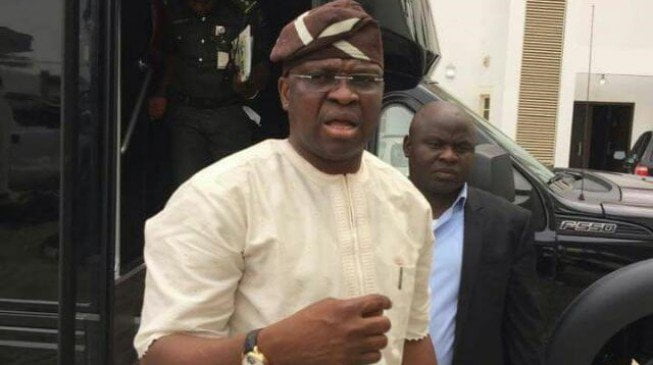 Ekiti State Governor, Ayodele Fayose, has condoled with National leader of the All Progressives Congress and former Governor of Lagos state , Asiwaju Bola Tinubu, over the demise of his first son, Jide.

Naija News earlier reported that Jide Tinubu, who was a lawyer till his death, was said to have died of a heart attack.

Fayose expressed his condolences in a statement by his Chief Press Secretary, Idowu Adelusi.

He expressed his shock upon hearing Jide’s demise and prayed that the Almighty Allah will give the Asiwaju Tinubu’s family the fortitude to bear the loss.

“I commiserate with Asiwaju Bola Ahmed Tinubu over the sudden death of his son,  Jide. May God console him and the Tinubu’s family,  and may Jide’s soul rest in peace.

“I feel the pains of the Tinubu’s especially Asiwaju himself and I can only pray that God will console them and grant them the strength to bear the irreparable loss,” the governor said.

The news of Jide’s death was confirmed by the APC Lagos chapter.