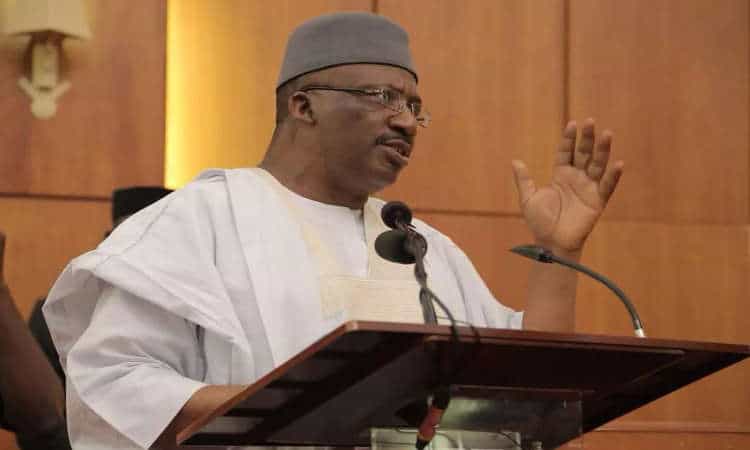 The presidency says the Minister of Interior, Abdulrahman Dambazzau, was on Thursday absent at the Federal Executive Council (FEC) meeting because he was in Saudi Arabia.

Senior Special Assistant to the President on Media and Publicity, Garba Shehu, disclosed this to newsmen.

The meeting which was presided over by President Muhammadu Buhari was held at the Presidential Villa, Abuja, yesterday.

Dambazzau is one of the government officials hooked in the controversy surrounding the reinstatement and recall of the embattled former Chairman of the Presidential Task Force on Pension Reforms, Abdulrasheed Maina.

Naija News reports that the Attorney-General of the Federation and Minister of Justice, Abubakar Malami, and the Head of the Civil Service of the Federation, Mrs. Winifred Oyo-Ita, who were also pointed out in Maina’s case were present in the meeting yesterday.