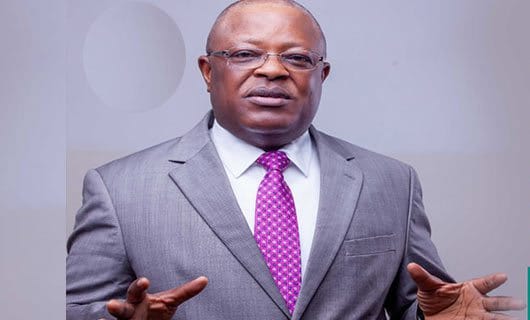 Governor of Ebonyi state, David Umahi has announced intention to recruit over 650 vigilante groups to assist police and other security agencies in curbing breakdown of law and order in the rural areas.

The disclosure was made on Monday, during an enlarged security meeting at the Akanu Ibiam international conference centre.

In a statement, issued by the commissioner for local government and chieftaincy matters, Barrister Samuel Okoronkwo, Umahi  said the recruitment was necessary,in order to provide adequate security in the rural areas, especially during the ember months.

Speaking at the event, the commissioner of police, Ebonyi state command CP, TItus Lamorde, decried the rise in child kidnapping and car snatching cases in the state.

Lamorde urged traditional rulers and chairmen of local government areas to assist the command in the fight against cultism and kidnapping.

He said: “In recent times, we are faced with the issue of child kidnapping, car snatching and cultism and as such we need to be our brothers’ keepers.”

The commissioner disclosed that the command recovered a large number of weapons within the year.

He also called on the chairmen of local government areas to improve efforts with police in ensuring that road users and residents enjoy peace.